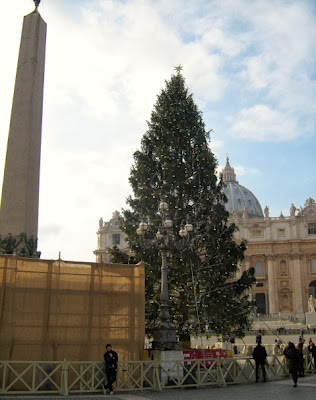 This will be my third Christmas living in Rome, and I am developing a few favourites, especially the lovely Christmas lights, and the massive holiday tree in Piazza San Pietro at the Vatican. 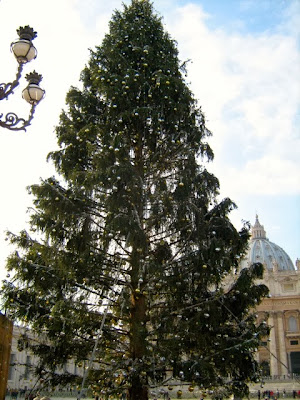 For a chance of pace, a Christmas tree in the piazza San Lorenzo in Lucina seems to be decorated with movie film and is sitting on a giant film reel - perhaps in honour of the former Etoile cinema in the square that is now a very large and beautiful Louis Vuitton store (which runs old movies in the store in honour of its origins as a cinema.) 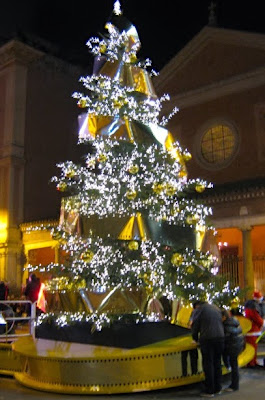 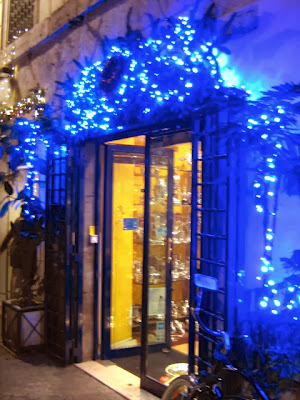 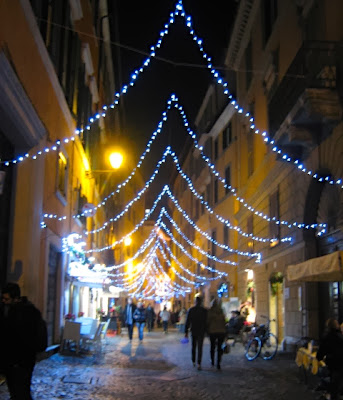 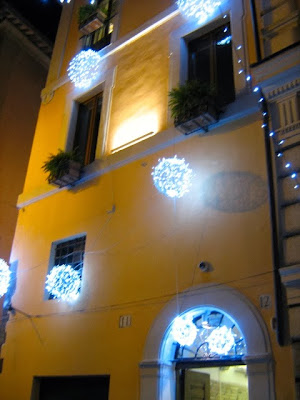 On Rome's central Via del Corso, the lights this year are decorated in the colours of the Gay Pride flag (which caused some controversy on city council!) 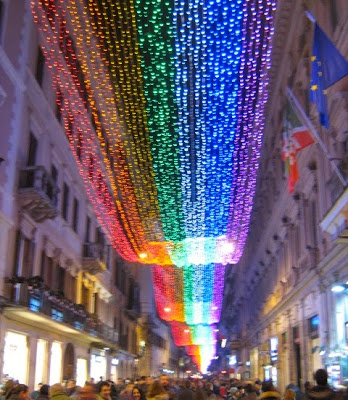 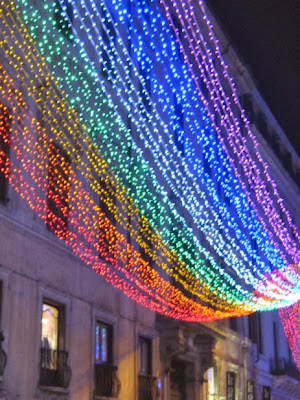 Meanwhile, as I was walking around the Vatican today, to see how Christmas preparations were going, I took a few photos from outside the rear walls of Vatican City. 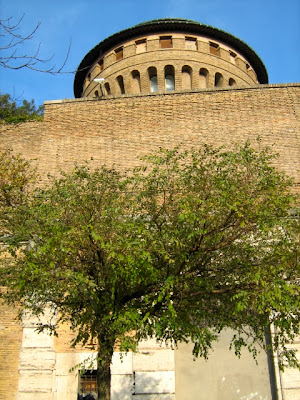 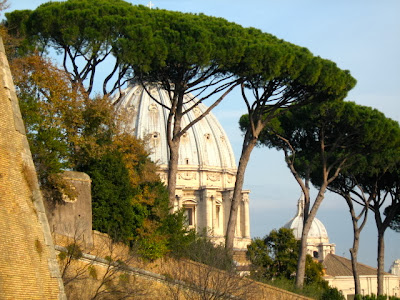 Wonderful shots, Sandra, and thanks so much for sharing these. I love seeing what Rome looks like at this time of year. And even a gay pride flag in lights?! Wow, very cool.

I hope you are having a wonderful holiday season!

Happy Holidays! Thanks so much for sharing Rome with us during this Holiday season. The trees are beautifully decorated and I love seeing Holiday lights too. I also think the gay pride flag in lights is very cool!

Have a wonderful Holiday celebration in Rome and a Safe, Healthy & Happy New Year! Buon Natale & Best Wishes from California!

Hi Annie, Merry Christmas! I love those lights and remain pretty amazed at what Rome's new mayor has been able to accomplish, including a dramatic reduction in traffic (and smog!) around the Colosseum.

Hope you have a wonderful holiday season!

Ciao Kathy, Buon Natale to you in sunny California, I hope that you have a wonderful Christmas!