What lies beneath Piazza Navona 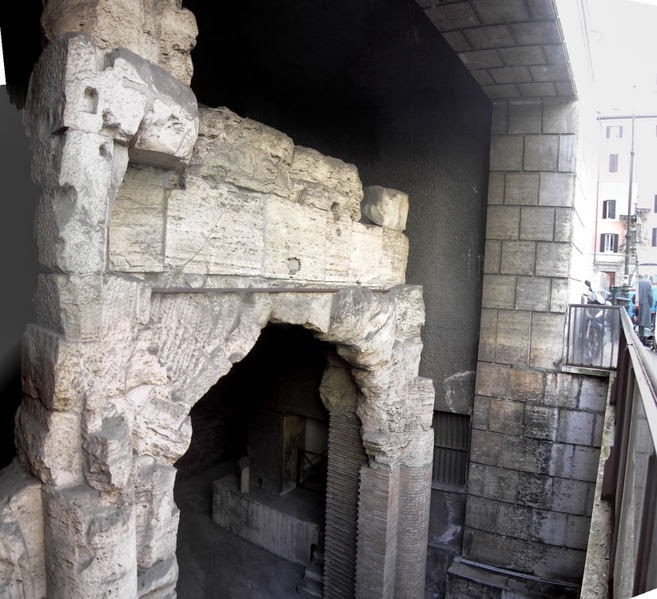 How many times have we all criss-crossed Piazza Navona, one of the most popular spots for visitors to Rome, without thinking about the layers of history that lie beneath its beautiful fountains, its cobblestones and concrete benches, buskers and vendors?

Well, it has now become easier to get a glimpse of its long history, as a small section of the original structure built there - the Stadium of Domiziano - has been opened to the public.

I visited it on Sunday with my friend and classics scholar Laura, who explained in great detail the origins of the site which was completed in about the year 86 by the mad emperor Domiziano for a great athletic event in honour of the god Jove. 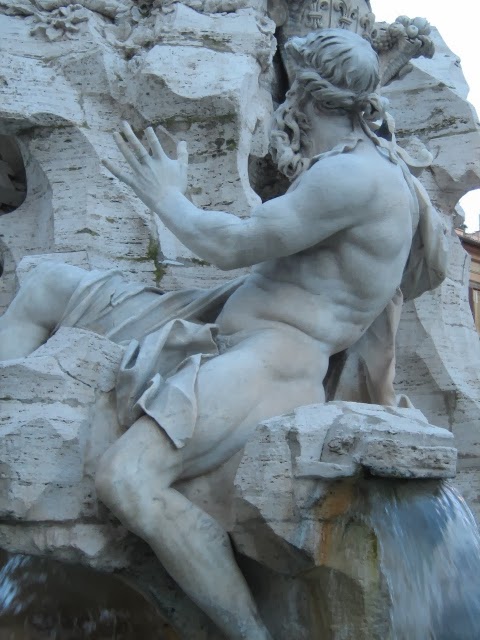 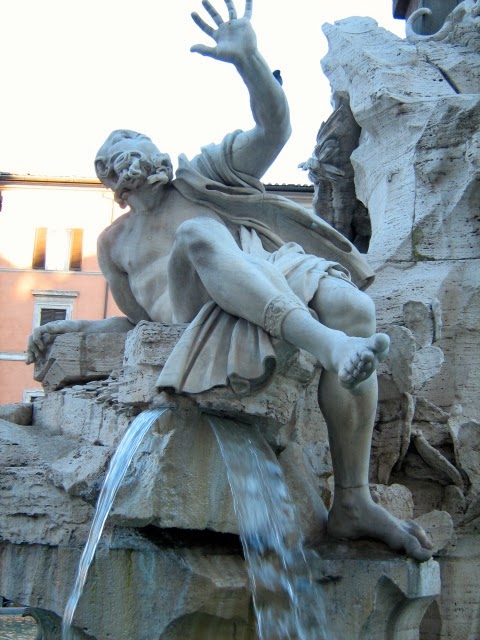 Laura explained that there are some misconceptions about the origins of the stadium that shaped today's Piazza Navona, including the fact it was, indeed, a stadium for athletic events and not a circus, like Circus Maximus, which was used for larger events such horse and chariot races. It was also interesting to learn that a stadium was originally a unit of measure that varied depending on where it was used. In Latin it often referred to 176 meters, the length of a particular foot race.

The Stadio di Domiziano was the first permanent athletic structure in Rome - previously, temporary venues were built, perhaps from wood - and this stadium was modelled on the style used in Greece. Looking at a modern reconstruction, it stuck me how similar it is to many sports stadiums I have seen in North America! 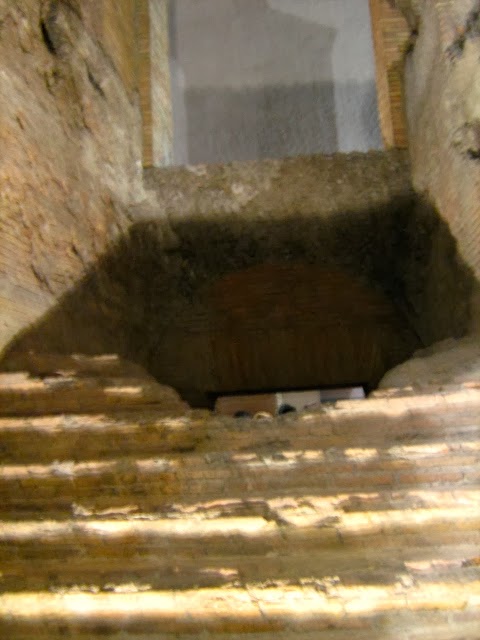 The stadium originally seated about 30,000 spectators and the shape of Piazza Navona almost exactly follows the sweep of the original oval structure, which included a beautiful marble viewing box for the emperor and other nobility on the spot where today's church of Sant'Agnese in Agone rests.

In fact, there is a connection here with the young Saint Agnes. Apparently, brothels had originally been established in certain arcades of this stadium structure, and it was in one of these where Agnes's martyrdom began, because she refused to marry as ordered by a later emperor, Diocletian. (Another small fact, the word "fornicate" is derived from the Latin name of the arch of an arcade, "fornix,"  according to Laura).

Still another fun fact, the word "Navona" as used in Piazza Navona, is derived from the term "agonalis" a combined Latin-Greek word for "struggles" describing the athletic competition in the original stadium….and over the years, was mispronounced until it became "Navona" (which, frankly, sounds better to me!) 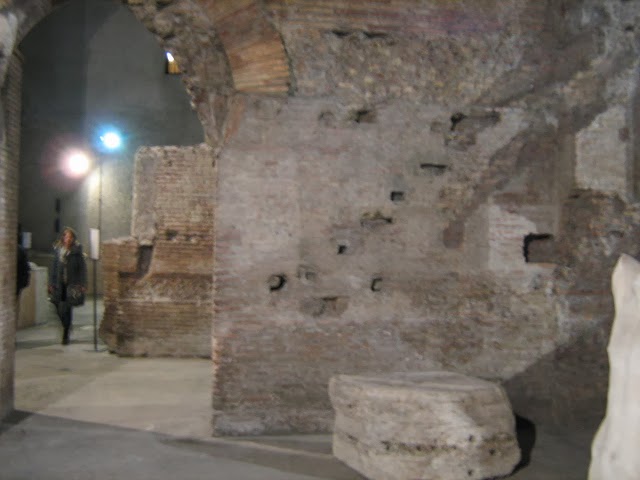 Sandra, thanks so much. Lovely photos and very interesting information, much of it new to me. Now, I just have to get back to Rome!
Annie

With all due respect, if your friend described Domitian as a "mad emperor" she is rather out of step with pretty much all Flavian scholarship since 1930.

The modern view is that he was a highly efficient "micro-manager" who, while rough on the senatorial class (from which view point Tacitus, Suetonius, et al. wrote) was popular with the people and army and in many ways paved the way for the more "humane" emperors of the Antonine era.

Hi Sandra, great post and I found the history very interesting. I'm with Annie, I hope to get back to Rome soon so I can see all the places I'm learning about from your blog. Thank you so much for sharing.