Quattro Fontane, the Forum, and other things 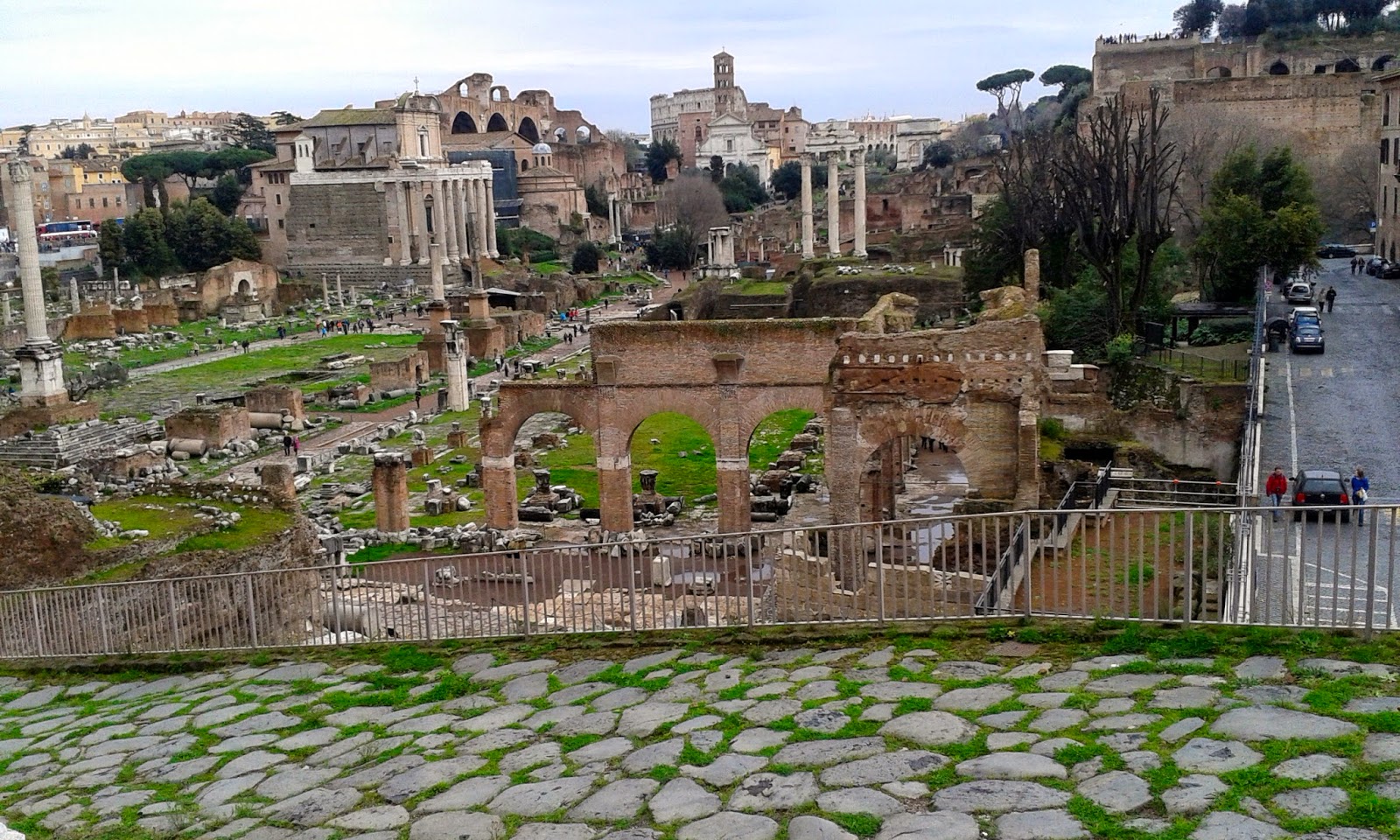 I had a bit of a flu bug on the weekend, so I used the time to sort through some recent photos, including this one of the Roman Forum, looking towards the Colosseo.

I also found a few random shots I took recently of Rome's Renaissance-era Quattro Fontane, which have had a good cleaning over the past winter. Decades of pollution from the traffic on the streets that meet at this extremely busy little intersection were removed and the four fountains look lovely. 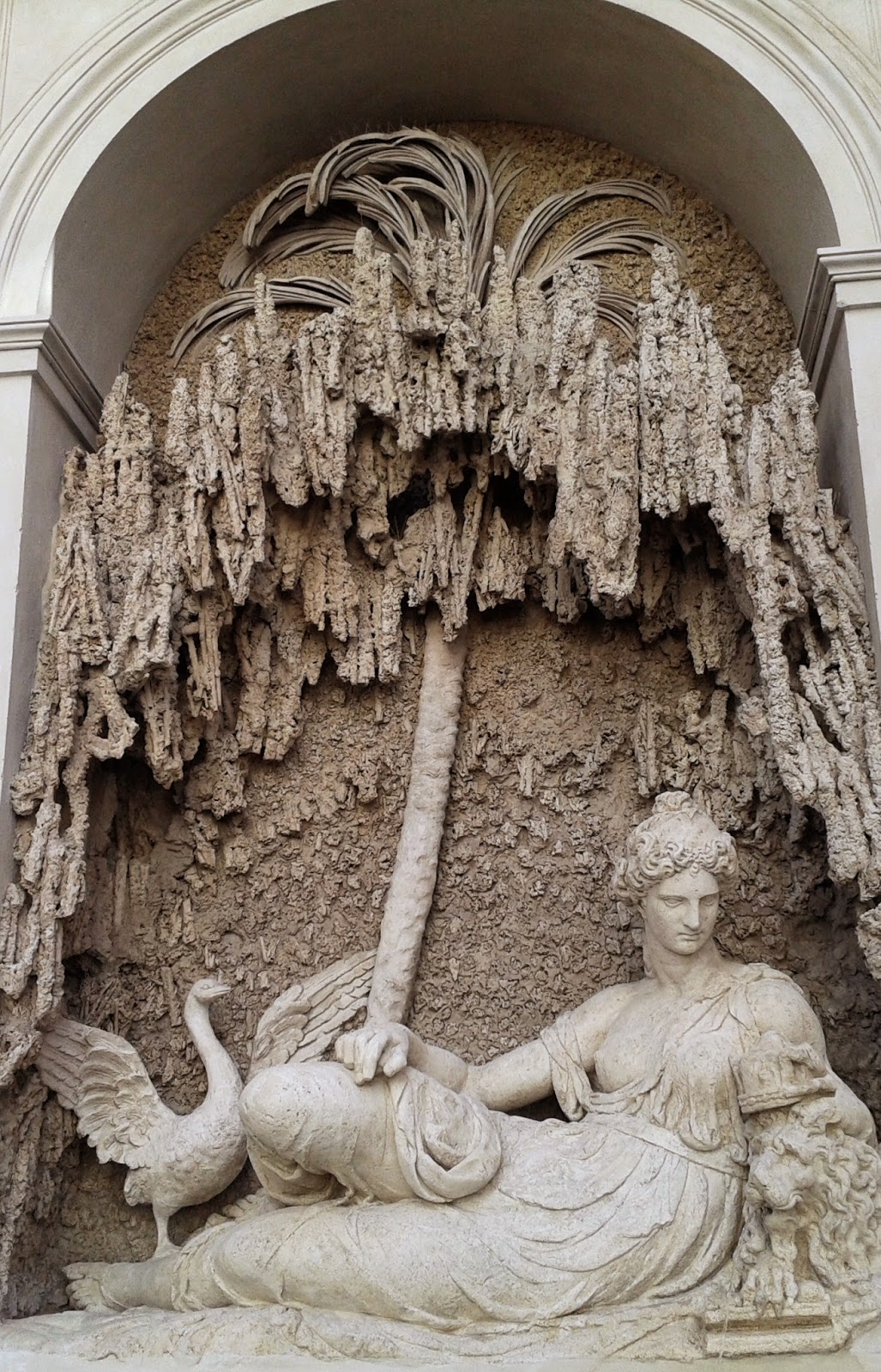 I believe the photo above depicts the goddess Juno, who is very important to Rome; while directly below is a figure representing the river Aniene, which flows in Lazio province where Rome is located. 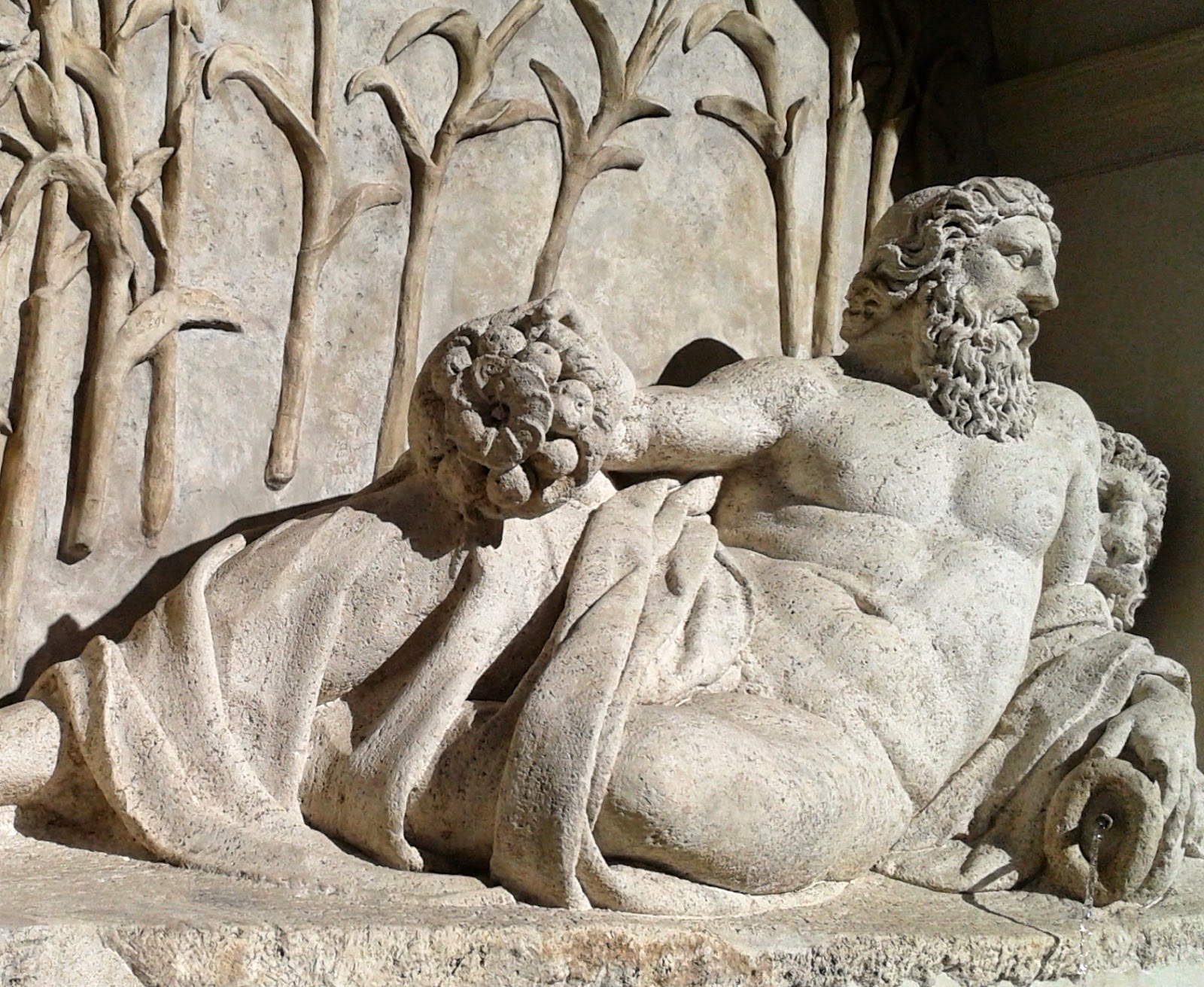 This fellow below represents Rome's great river Tiber, and near his feet is the legendary she-wolf who saved Remus and Romulus, founders of ancient Rome. 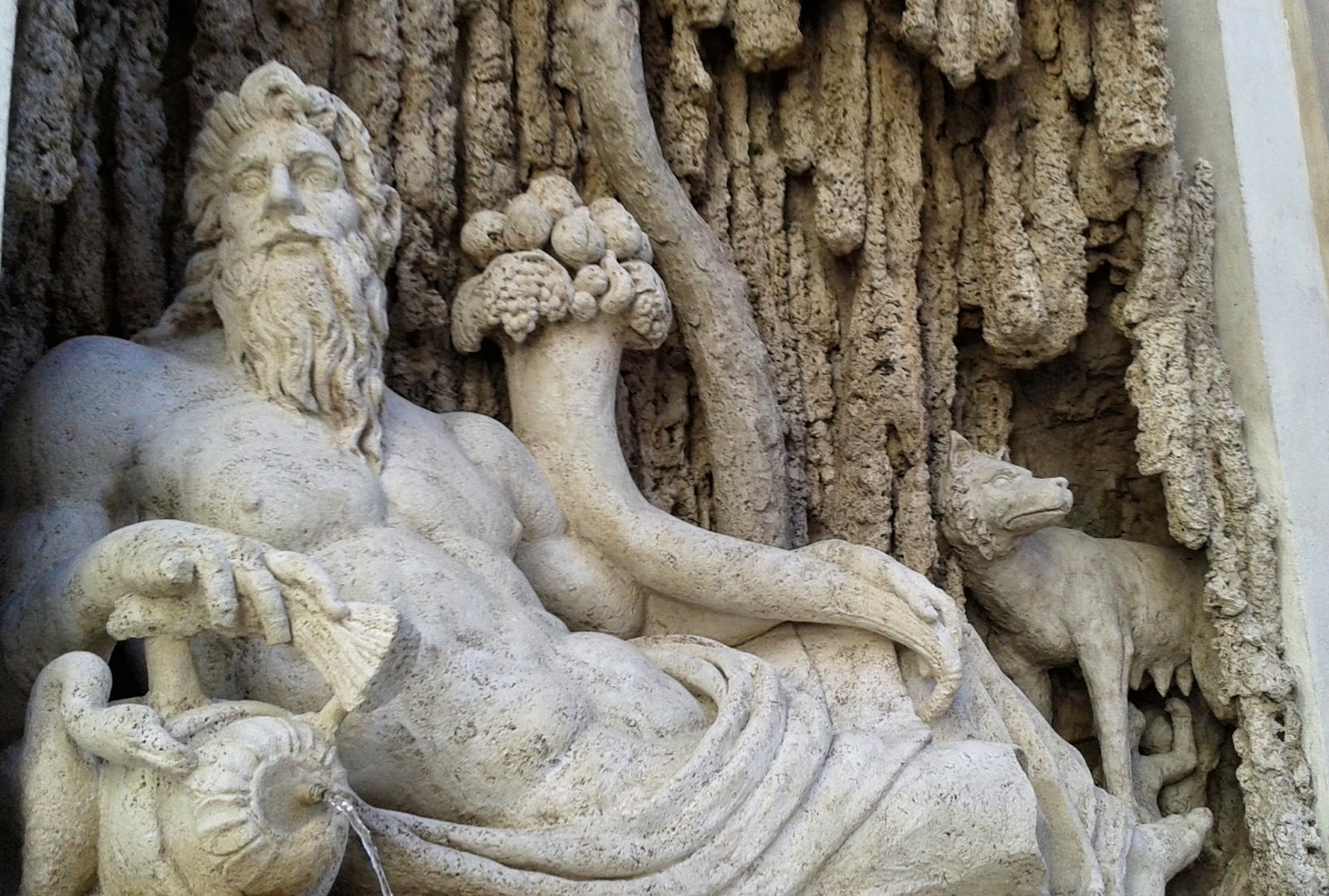 They can be a bit difficult to view as there is not a lot of space for pedestrians at this intersection of Via delle Quattro Fontane and Via del Quirinale. And for some reason, one did not turn out. So in fact, I have just Tre Fontane today.

Anyway, another day I was near the Celio Hill and took a photo of this great icon, representing a fraternity that used to pay ransoms for kidnapped Christians. 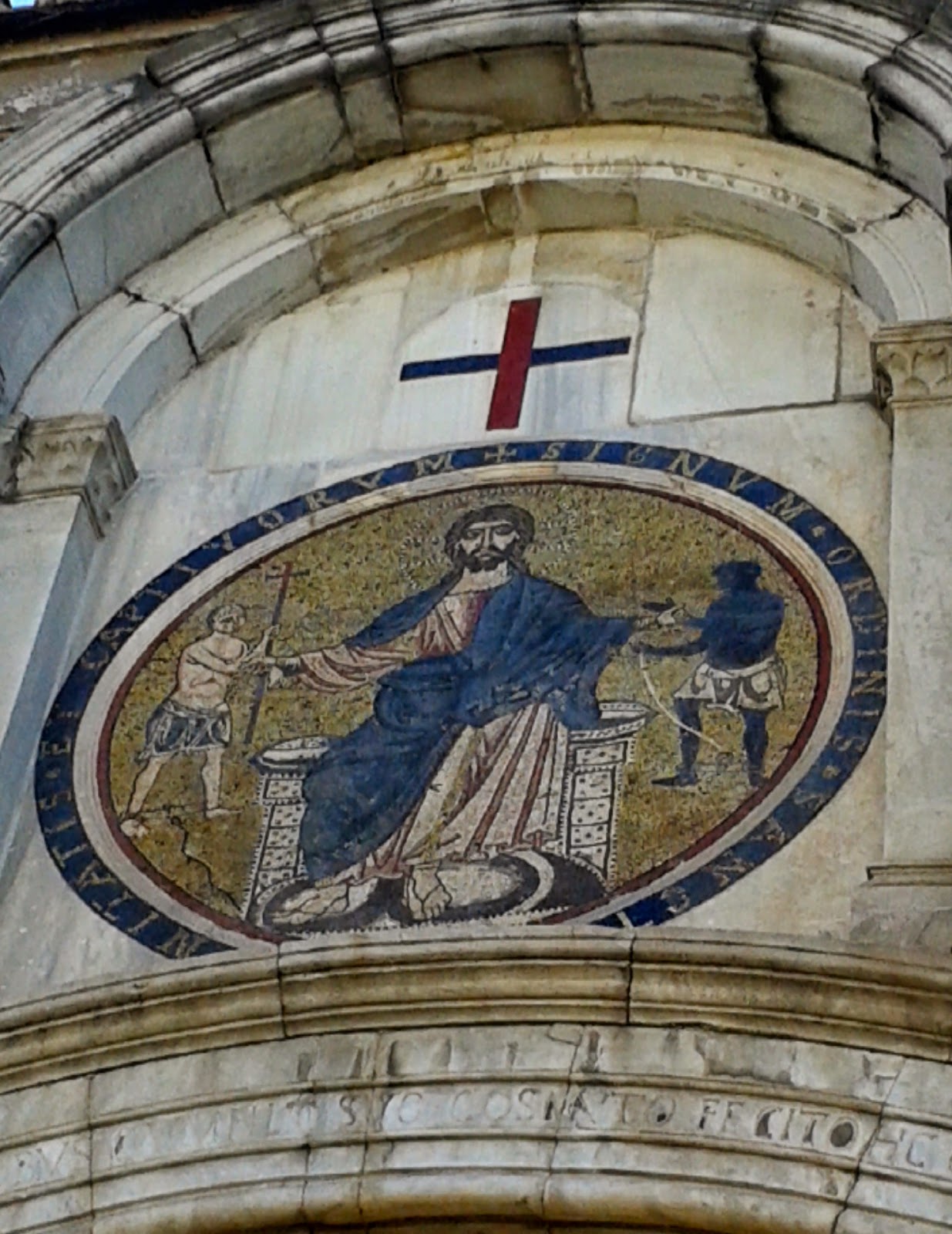 And heading back towards the Forum. 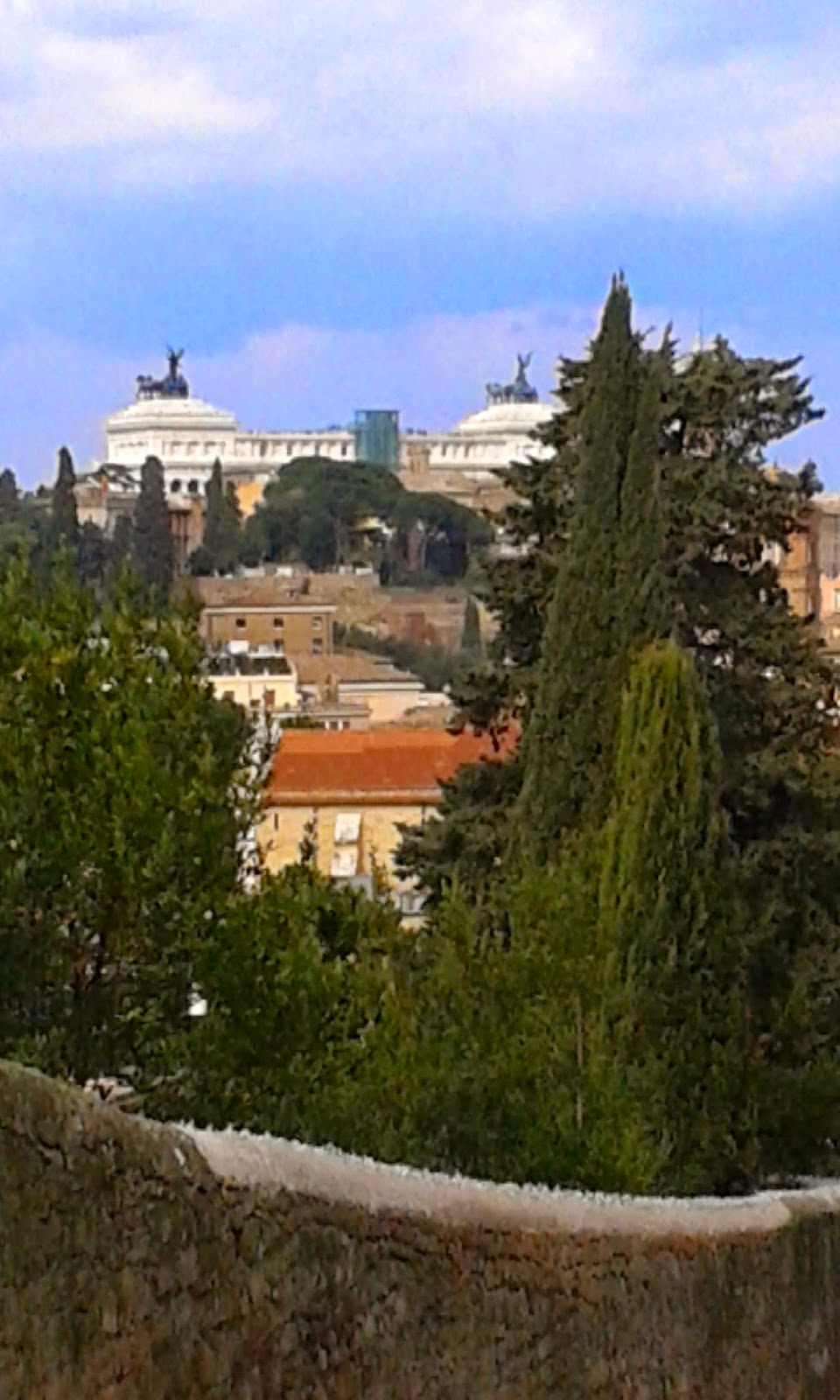 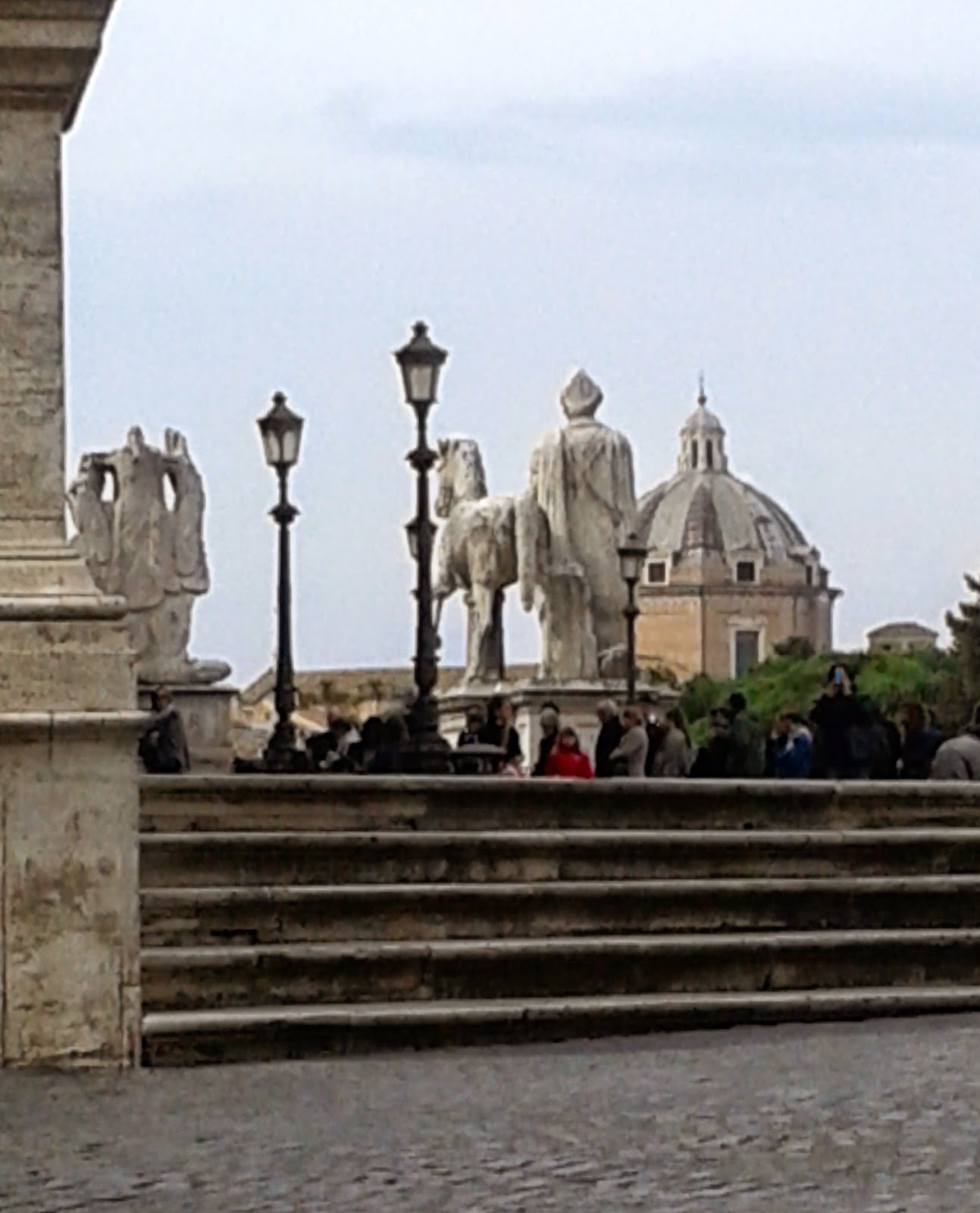 Hi Sandra, I'm sorry to hear that you have been ill. I hope you get better soon.

I really enjoyed this wonderful photo collection and your descriptions.