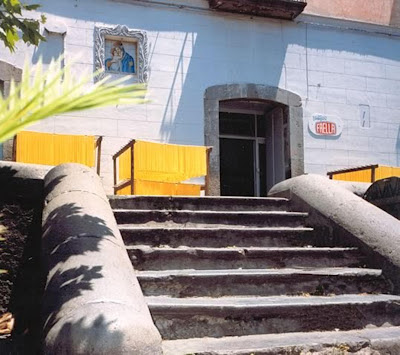 I'm not a food expert (although I love food) so I don't often write about Italian recipes, ingredients, or post restaurant reviews.

But I do find the story of the pasta produced in the area around the town of Gragnano near Italy's Amalfi Coast to be really interesting. So, here's an article I wrote for the Italian news agency about the community, one producer, and its pasta

There is passion in the pasta produced by the workers in La Fabbrica della pasta di Gragnano, owned by the Moccia family.

After all, it's in their blood and runs through the community of Gragnano, near Naples in southern Italy.

“Making pasta in Gragnano is an ancient form of art that involves history, culture, patience, secrets, and traditions,” said the Moccia siblings, who took over the business from their father, Mario Moccia.

“To be born and raised in Gragnano means to be surrounded by the exalting taste and scent of the durum wheat semolina and from the pasta that comes from it....and, like an enchantment, you just can’t live without (it).” 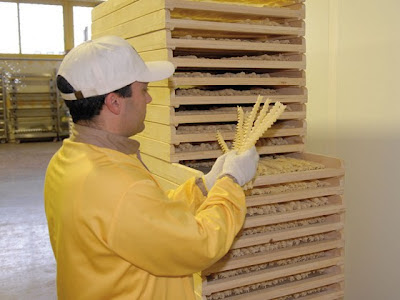 The family has had a few business ups and downs. In 1976, Mario Moccia operated a business producing cheese, yet was so fascinated by pasta making that he bought a troubled pasta factory.

Moccia focused on revamping the factory in Gragnano, a city that lies between the gulf of Amalfi and the gulf of Sorrento, and for 500 years has been a community devoted to the production of great pasta. 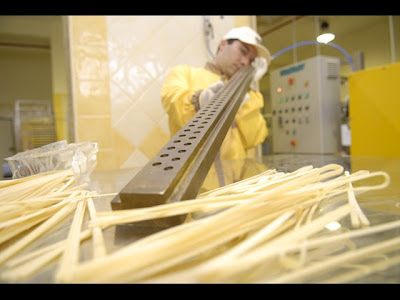 However, in another reversal of fortune, the Moccia family was forced to sell their factory in 1994.

Mario Moccia's children still did not give up, even after their father's death.

In 2006, “as tribute to our father, we decided to start this pasta factory,” they explained, and began producing for export markets as well as Italian consumers from La Fabbrica della pasta di Gragnano.

They've been working very hard to live up to the storied history of their city, which at one time boasted as many as 300 pasta factories spawned by the region's spring water, mountain air, and ample sunshine needed to produce great pasta.

Pasta makers in Gragnano once draped great strands of spaghetti from rods along the city's wide main street, so the pasta could slowly and naturally dry in the warm sun and mountain breezes. 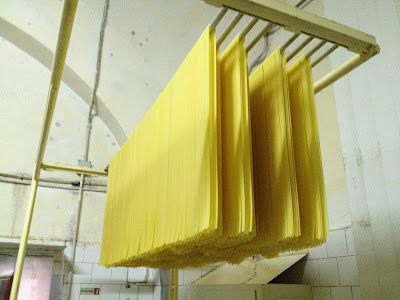 In fact, the city and region are so important to the production of great pasta that in 2010, Gragnano pasta obtained the Protected Geographical Indication (PGI) mark, a European Community quality endorsement assigned in Italy.

The law is designed to ensure that only products genuinely originating in a specified region can be identified as such, to protect the reputation of the regional foods, promote rural and agricultural activity, help producers obtain a premium price for their authentic products, and eliminate inferior knock-offs.

That quality assurance is important to Gragnano where about a dozen pasta manufacturers remain.

The city of Gragnano boasts that its pasta has been renowned for its quality for centuries, mainly due to the ingredients and traditional processes used in production.

These include local, pure spring water, a particular kind of wheat, and traditional production methods including extrusion of the pasta dough through bronze dies to give it the desired length and shape, as well as a bit of roughness necessary to catch and hold pasta sauce after cooking.

I actually introduced some foodie Italians to it. One taste and they were asking where had I bought such splendid pasta.

Hi Sandra, this is a wonderfully written article. I love the story of this one family and their passion to continue with their father's passion to making authentic Gragnano made pasta.

The photos you took are beautiful and I enjoyed seeing how they do it.

Thanks so much for sharing.

Hi Kathy, thanks very much, I'm glad you enjoyed our whirlwind visit to Gragnano!

I can buy their pasta here in Burlington although I suspect like so many of the things shipped from Italy to Canada, the best is kept for the local folks! *smile*

Jerry, clearly you'll have to do a taste test when you're here to compare the exports vs the local Gragnano product!

What a great article. I'd love to try it!