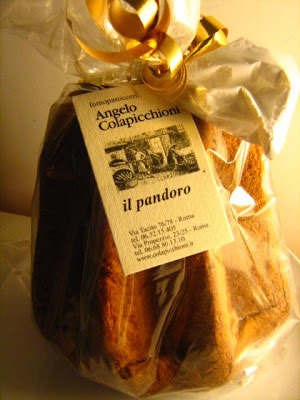 It's easy to know that Christmas has arrived in Italy when the golden star-shaped treat pandoro appears on the shelves of supermarkets and pastry shops.

Similar to its brother, the panettone, the pandoro is a high-sided sweet bread, or cake, that is often dusted with icing sugar to resemble the snow-covered mountain peaks of the Alps near its northern Italian home.

However, the pandoro is now a Christmas standard across Italy. The simple ingredients of flour, yeast, sugar, and butter, which combine to form this light, spongy dessert, can be personalized and its slices decorated with cream or gelato. 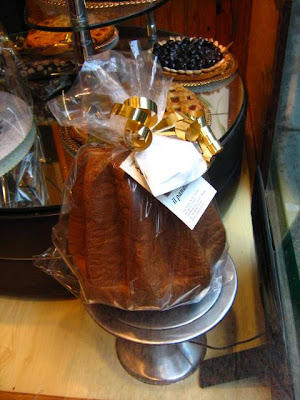 The recipe for pan d'oro - or golden bread - dates as far back as the first century in Italy, when it was a special confection reserved for royalty because of its exotic and expensive ingredients: eggs, butter, and sugar or honey for sweetness.

In fact, pandoro was mentioned by various names in the writings of such historic Roman writers as Pliny the Elder, Virgil, and Livy.

The Christmas treat become more widespread in the peninsula in the 17th century, enjoying popularity in Venice. However, in modern times it has  became firmly associated with Verona, a city in Venetian territory in northern Italy where the formula for making pandoro was perfected. 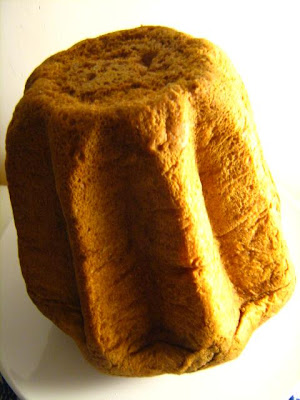 The recipe is complex and precise, involving three different doughs and rising times that must be followed scrupulously before the sweet bread is cooked in a star-shaped mould.

The modern history of this holiday treat began at Verona in 1894, when Domenico Melegatti obtained a patent for a procedure to be applied in producing pandoro industrially.

Today, Melegatti's commercial pandoro products can be found in supermarkets all over Italy. It also exports to more than 40 countries on five continents.

But there is still a high demand from consumers for handmade pandoro, and Italians flock to popular pasticcerie, or pastry shops, for artisanal versions of the Christmas classic. 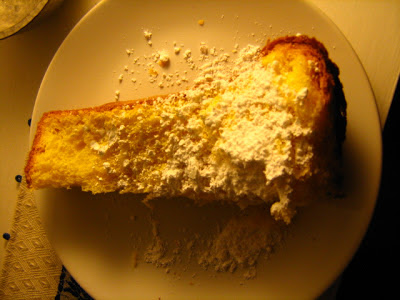 In Rome, one of the most popular, go-to places for every kind of pasty and cake - and especially pandoro - is Colapicchioni near Castel Sant'Angelo.

It also produces panettone, another important Christmas treat that is less sweet than pandoro and includes dried fruits and raisins. Italian shoppers can often be seen hurrying down the street with this carefully wrapped, large seasonal treat.

To the casual observer, panettone and pandoro look quite similar, although the panettone is rounder, like a church dome, than the taller pandoro. 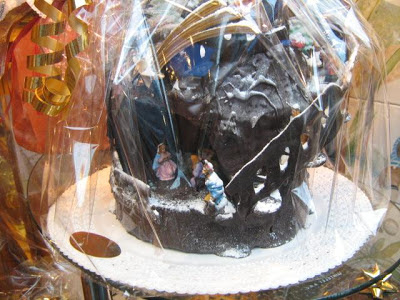 The origins of the pair are also different, although both are associated with northern Italian cities. But where the pandoro is traditionally linked to Verona, the panettone belongs to the history of Milan and the region of Lombardy.

There are several legends built around the birth of the panettone. One comes from a kitchen disaster in the house of Milan's Renaissance ruler Duke Ludovico Sforza, better known as Il Moro.

After a cook in Il Moro's kitchen allowed the Christmas cake to burn, a kitchen boy named Toni suggested a quick solution: throw all of the leftover   fruits, flour, sugar, butter and eggs together.

The creative new sweet bread was a hit and become know as the "pan del Toni", Toni's bread, which evolved into the name panettone.

These two cakes are so important to Italy's culture and traditions - and economy - that the national government has set strict regulations governing what products can be labelled panettone and pandoro.

These rules even set out the required ingredients and in what proportions.

"Italy has an age-old tradition in the manufacture of sweet products that dates all the way back to ancient Rome: simple, oven-baked cakes, made with the ingredients that reflect the wholesomeness and simplicity of Italian cuisine and of our nationally grown products – cereals, eggs, butter, honey, almonds, hazelnuts, raisins, candied fruit," explains the preamble to the 2006 regulations.

"It is a tradition that has been handed down to modern times and thus deserves to be safeguarded and fostered".

Great post. We love panettone but have a rule that we cannot start eating it until Grey Cup weekend (they arrive in the store a few weeks before then, although one is available year round). I usually try to freeze a few slices for "french toast"-ing in late January. My mom puts butter on panettone and my sister has used pandoro for Nigella Lawson recipes calling for brioche.
Stay warm and all the best for 2013!

Hi Kathryn, wow - great uses for panettone. I hope you find lots this Christmas. Buon Natale and auguri for 2013!!

Yum! I've had panettone but not pandoro - hope to be able to try it some day.

I hope you have a beautiful holiday and a very happy new year!

I hope you have a chance to try pandoro, Annie. Meanwhile, Merry Christmas to you and all the best in 2013!

Hi Sandra,I don't think I've had either a panettone or pandoro, but now reading your blog post I want to make sure that I try it next time I'm in Italy. Thank you for sharing the information of this wonderful traditional treat.

Have a wonderful Christmas Eve and Day tomorrow. Your second time to celebrate in Rome.

Merry Christmas, Kathy! My second Christmas in Rome is just as sweet as the first.