The secret cult of Mithras 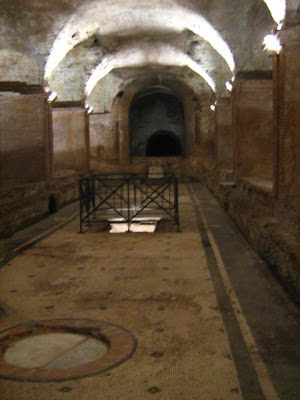 I recently had the chance to tour one of ancient Rome's best-kept secrets: the city's largest temple to the cult of Mithraism.

Located beneath the Baths of Caracalla, where each summer thousands gather for some of Italy's most popular outdoor opera performances, the temple to the god Mithras was only recently opened to the public.

What makes this discovery especially interesting for amateur historians and professionals alike is its large size and the fact it includes an ancient pit where a very secret ritual blood-bath of the most faithful worshippers occurred. 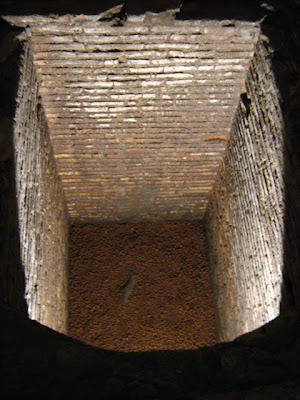 "This provides another piece in the puzzle of understanding," the mysterious cult of Mithras, says my friend and tour guide Laura, who teaches Latin and Greek in Rome.

Although the Italian capital is dotted with smaller temples that each tell a piece of the Mithras story and how the cult operated, this latest example is the largest and contributes a great deal more to understanding, Laura says.

She says that in Rome, it is only in this monument where we find this 'fossa sanguinis', or blood pit, used to initiate members of the cult, which was highly popular among Rome's elite and later, among soldiers.

Initiates aiming to eventually rise through the seven levels of the cult would be lowered into the square pit, measuring about two-and-a half metres deep, and showered with the blood of a bull sacrificed for the ritual.

"It's so evocative to go down into these places because there, you can imagine the faithful performing their rituals," says Laura.

Other Mithraic temples, including a popular example beneath the church of San Clemente near Rome's Colosseum, provide different clues such as frescoes that tell the story of Mithras being born from a rock, slaughtering a bull, and sharing a banquet with the god of the Sun. 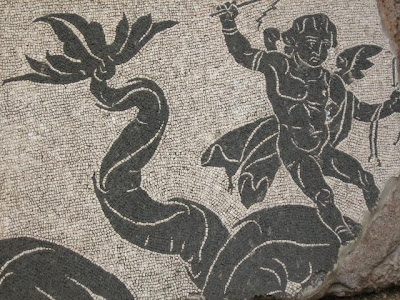 Mithraism likely came to Rome in the first century AD and survived publicly until the end of the 4th century, when it was outlawed by the Christian emperor Theodosius.

But little is reliably known about the cult because it was so secretive. Most information comes from early Christian sources who had their own axe to grind about the Mithras cult and therefore, controversy and disagreement surrounds almost everything that is said about it. 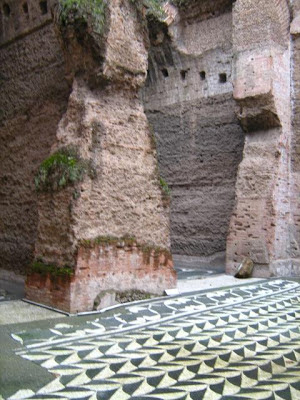 The highly secretive nature of Mithraism also explains why its temples were usually located underground. Later, when it was outlawed, Christian churches co-opted many of the old religion's practices - and places of worship - to ease the transition for the public, says Caci.

"It is not an accident that churches are usually built right over a Mithraeum."

Besides the blood pit, this temple at Caracalla includes long stone benches where the faithful would sit, and the remains of a fresco of Mithras himself, usually pictured as a young man in a red cap. 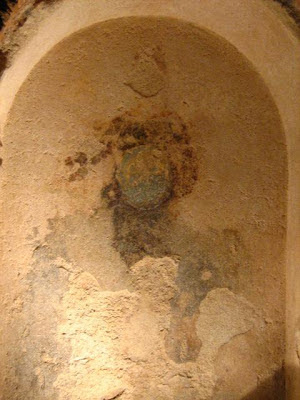 This Mithraeum was discovered 100 years ago amidst a network of tunnels running beneath the Baths of Caracalla, which was constructed between AD 212 and 216 and are thought by many scholars to be Rome's most elaborate.

We really enjoyed visiting the Mithraeum under San Clemente - another reminder of just how much must be buried beneath Rome and the stories waiting to be told.

Hi Sandra, I really enjoyed reading this post. You have such a wonderful writing style. Every time I hear the word cult, it's hard to not be surprised, but being lowered in that pit with the blood of a bull being poured on me would freak me out. No doubt I would not have passed the ritual test. The frescoes are really interesting too and the fact that some churches are built over these places.

Thank you so much for writing this post and sharing another interesting discovery in Rome's history.

Very true, Jerry! You and Paolo will just have to return!

Kathy, I agree - a blood bath would be especially nasty. How would you get that out of your hair?

thanks for your kind words and I hope that all is well with you. What will be your big trip for 2013?

How fascinating! I love to learn about these layers of history underneath the churches - the blood bath sound hair raising, for sure!

Hi Sandra,
I'm going for two weeks alone in Rome and I was looking for information about the city and I found your blog! I really like It, make me feel safe. I was looking for your email but did'nt find, so I write you here. I really love Rome and if you interested to take coffee with a french speaker from Canada I will be happy. Thank you so much and sorry for my english.

Hello Joephine, thanks for your comments! If you want to leave me another message here, with your email address, I can contact you privately (and I won't publish that message here!)