The birthplace of Rome 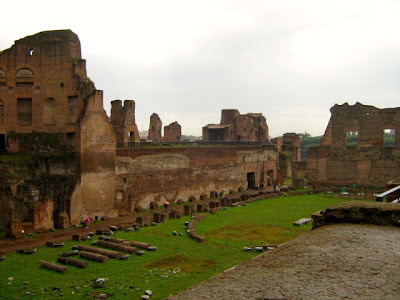 I love the mythology wrapped around the history of Rome - a heady mix of the gods directing Aeneas after the fall of Troy to found a new nation, of kings rising and falling, of royal babies left in a basket to be later rescued and suckled by a she-wolf.... 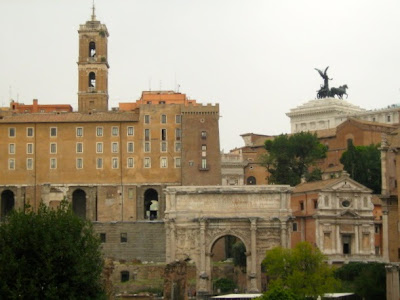 It's not always clear what is fact and what is myth, and I'm not actually all that fussy about finding the boundary between the two. In any event, the archaeology makes it pretty clear that a community of huts was established on one of Rome's seven great hills, the Palatine, at the point in time when Remus and Romulus reportedly fought over the foundations of one of the greatest of all cities. 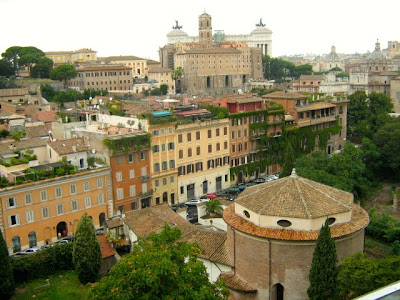 As my friend Laura, the classics scholar, explains, the earliest Romans built their settlement on the Palatine - in fact, settlements there may date as far back as almost 1,000 BC. 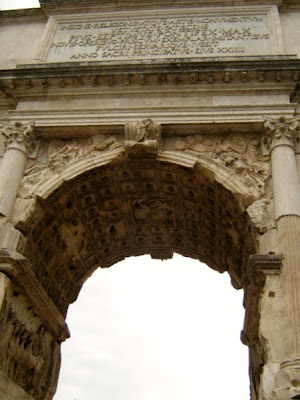 Building upon, and borrowing from, the founding of Rome in 754 BC by Romulus, the wealthiest  Republican-era families as well as great emperors built their homes on the Palatine (from about 500 BC to 44 BC.) Beside being prime real estate, putting down roots here helped to reinforce everyone's claim that they were descended from Romulus (and therefore, were blue-bloods, perhaps pure-bloods, surely royalty and  perhaps even descended from gods!) 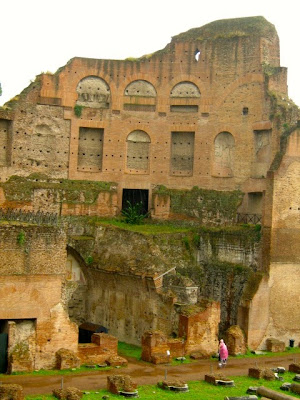 In fact, our English word "palace" has its roots in the term palazzo, which in turn comes from the word Palatine. 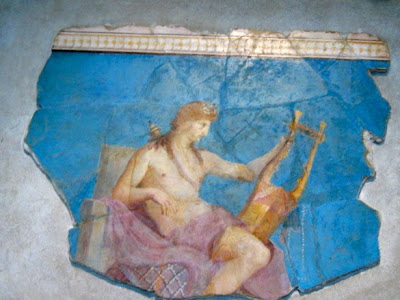 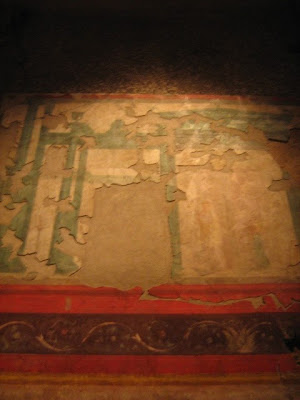 Along with ruins that still give a wonderful sense of what luxurious palazzos were once built here, there remain some remarkably intact frescos with that rich, royal red that I now associate with ancient Rome.

And modern Romans who enjoy reconstructing those ancient days. 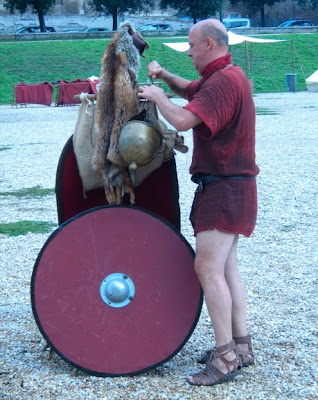 Hmmm - I don't think we've ever been on the actual hill. All around it but not on it. Re myth vs fact -myth is generally far more interesting and even salacious at times. I pick myth.

The palace/palazzo/Palatine connection is very cool! I've always loved the she-wolf story. :)I'll agree with Jerry and "pick myth" too. :)

Jerry and Annie, I'm glad to hear that you, too, prefer myth. I suspect myths are sometimes closer to the truth than we realize!

Interesting blog entry! I've never been to Rome but feel that I know quite a bit more about it now. :)

Hi Sandra, wonderful post. I enjoyed reading about the history. I really love your writing style Sandra. Thanks so much.