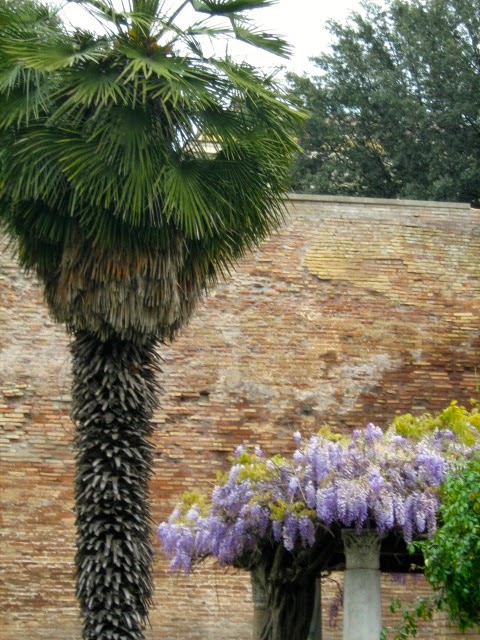 I have walked past the Terme di Diocleziano - the Baths of Diocletian - a hundred times and have never gone inside, even though these ruins are adjacent to  Rome's main central Termini railway station and even gave Termini its name! (Some believe the name Termini was derived from terminus or end of the rail line, but in fact it was named for the terme or baths). 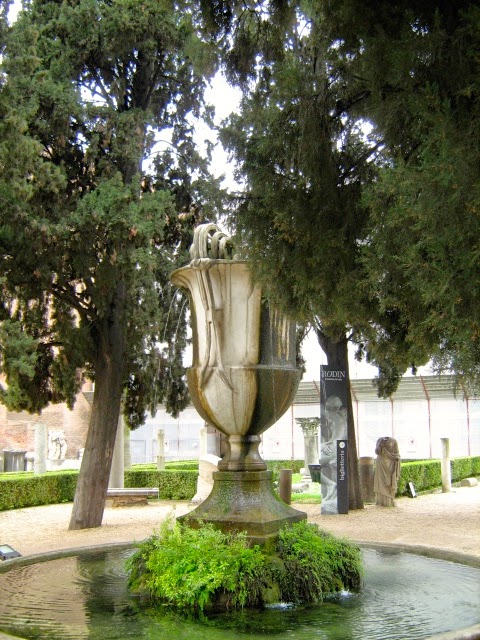 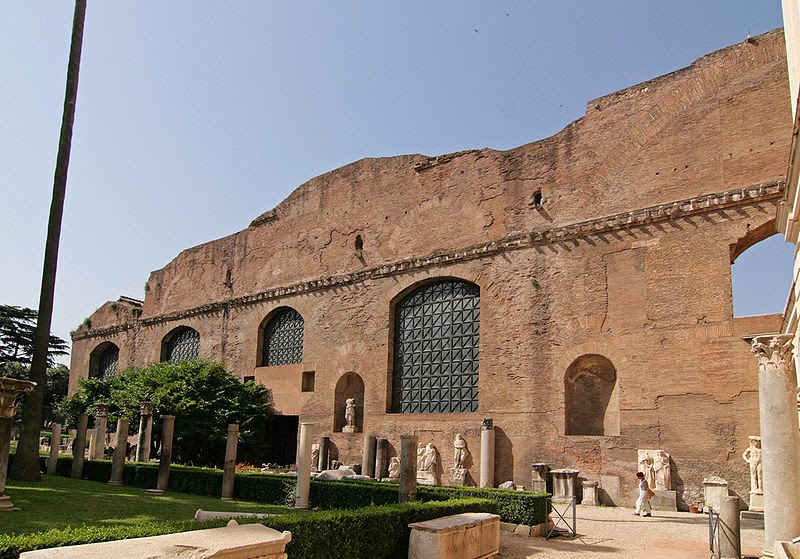 I likely would still not have noticed the baths even now, if it weren't for an interesting new exhibition of sculptures by France's Rodin. 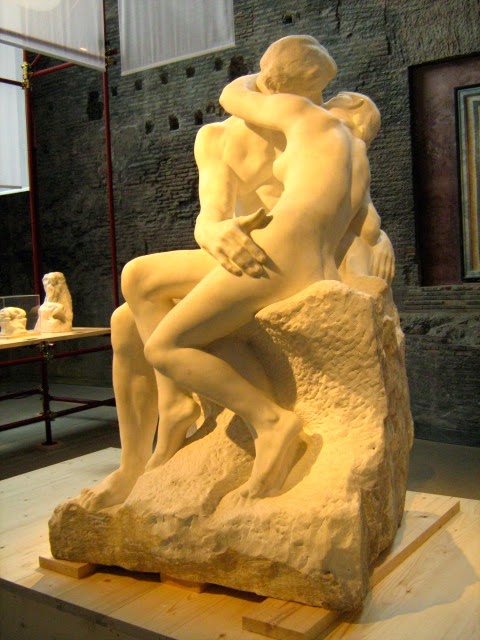 Rodin's particular style of leaving his sculptures at least partly unfinished, a work-in-progress effect, actually displays very well inside the ruins of the baths of Diocletian, given the somewhat unfinished appearance of the ruins. 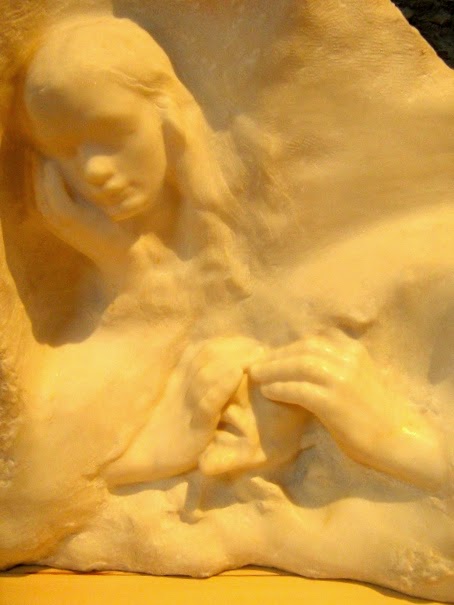 According to the archaeological superintendent of Rome, the Terme di Diocleziano was the most imposing baths complex ever built in Rome, and was constructed between 298 AD and 306 AD, spanning 13 hectares and able to accommodate as many as 3,000 people. 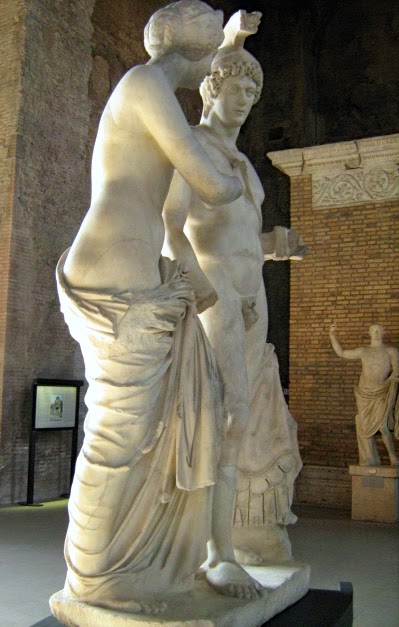 The structure included gyms, libraries, a large swimming pool as well as hot and cold baths, and it was used by Michelangelo as a model when he restored parts of the Basilica di Santa Maria degli Angeli which is right next door to the baths. 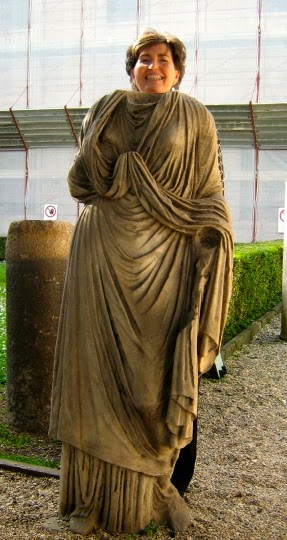 Today, the Terme di Diocleziano is part of the Museo Nazionale Romano (National Roman Museum) system, and has been renovated into an interesting complex, including a tranquil garden space with trees and flowers that is only steps from the central Termini railway station but truly feels very far from the chaos of that transportation hub. 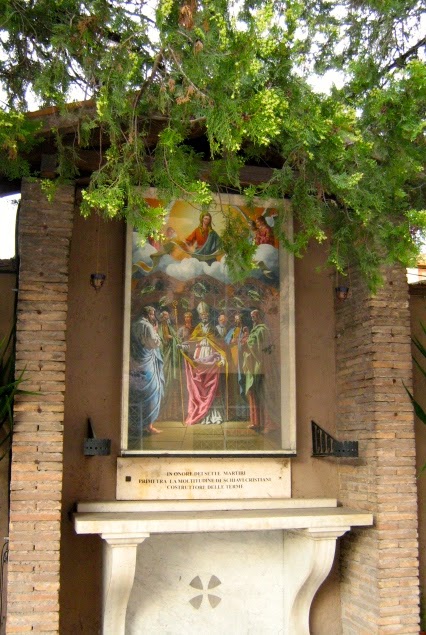 thanks for posting sandra i had no idea either….must visit the bath soon, love m. rodin as well xx stef

What a perfect place for a Rodin exhibit! Love your photos (great shrine in the final shot).

Hope you are having a great spring!

I love that picture of you in your fancy Roman outfit!

Thanks for stopping by, Stef!

Hi Annie, I think of you every time I see a lovely street shine (and Rome has so many)

Letizia, this old thing? I just threw it on!

Thanks for the comments on my blog. I have been bad keeping up with commenting again, but wanted to say HI! Great blog post telling us about this interesting find! Next time I am in Rome (hope soon!), I will have to check this out. Looks very cool!

Hope all is well with you! :) girasoli

Any updates from Roma?

Ciao Kathryn,
I have been a bit sluggish on the blog front! My novel is being published in Italian and I have been putting a lot of energy into that….which would be a good blog post topic!

Ciao Kathryn,
I have been a bit sluggish on the blog front! My novel is being published in Italian and I have been putting a lot of energy into that….which would be a good blog post topic!