Sansepolcro, The Resurrection, and the Agility Dogs 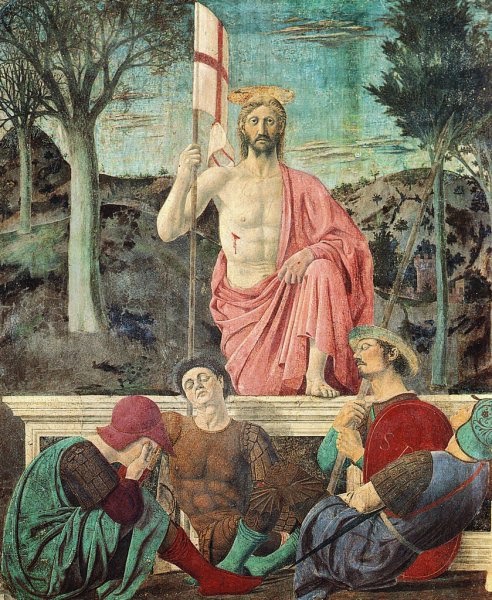 Centuries ago, possibly during the lifetime of Renaissance master painter Piero della Francesco, the Tuscan town of Sansepolcro was actually a part of northern Umbria and today it is still quite easy to visit from the Umbrian capital of Perugia.


I just spent a week in Perugia, presenting the Italian version of my novel The Virgin and the Griffin at a couple of great events. And while I spent some time visiting favourite spots from the novel in the city of Perugia, I also took a day trip up to Sansepolcro for a little research and inspiration for my new novel which is well underway. 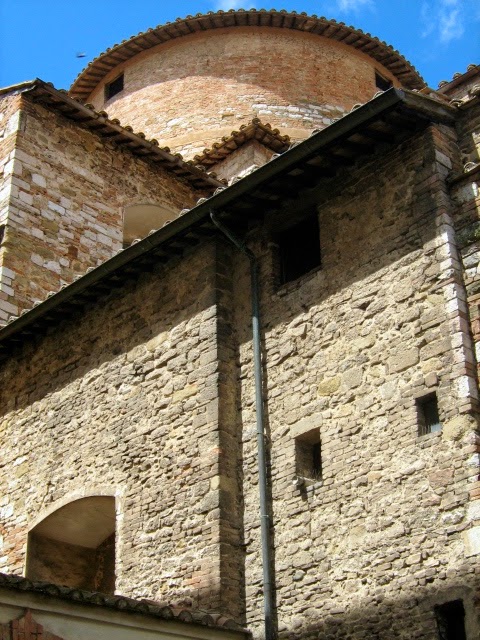 As you might guess, Piero della Francesco (let's call him PdF) and Sansepolcro feature strongly in the new novel which I have not yet named and since the first draft is more than half complete, I had better find a title soon.

Although I have visited Sansepolcro several times, it was always by car so this trip was a bit of a test of the Umbrian railway, the F.C.U. (I think that is the most hilarious and aptly named railway I have ever seen, although that may be just my adolescent sense of humor).

For a mere 5 euros, I was able to have a very leisurely tour of tiny towns through northern Umbria and into Tuscany on the slowest, smallest railway – just two carriages – that I have ever used. But it was on time and featured air conditioning, so no complaints here!

Although Sansepolcro is the cherished hometown of PdF, who returned there frequently, kept a large house and maintained the family's leather businesses as well as involvement in local government, the modern community doesn't boast many PdF sites for visitors.

You can see the palazzo that was his home and today, hosts a PdF foundation for researchers but is not open to the public. (Word of warning, his home is not located on the street that bears the name of Piero della Francesco as I learned after prowling up and down the quiet strada trying to find my hero's historic house).

Along the way, I found this beautiful little shrine on the corner of a building, with intriguing twinkly electric lights, possibly for use at Christmas or another festive occasion. 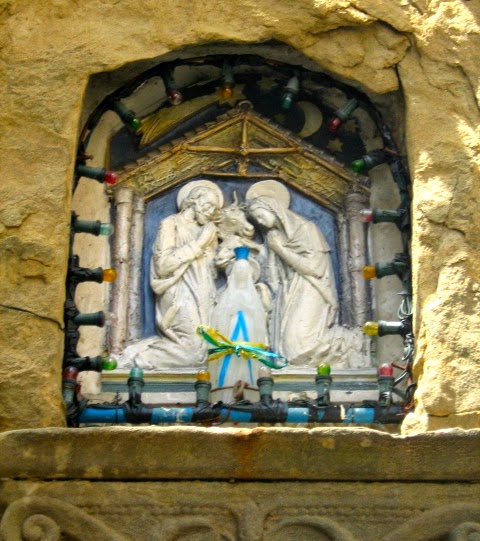 The Duomo also boasts some pretty if faded frescos by other Tuscan masters of the day, this cycle focusing on San Benedict. 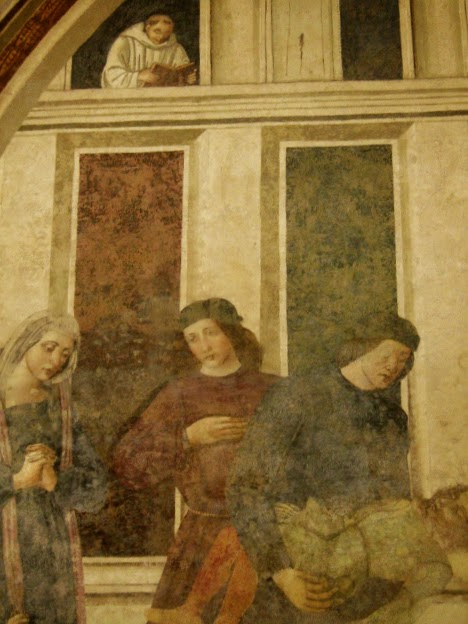 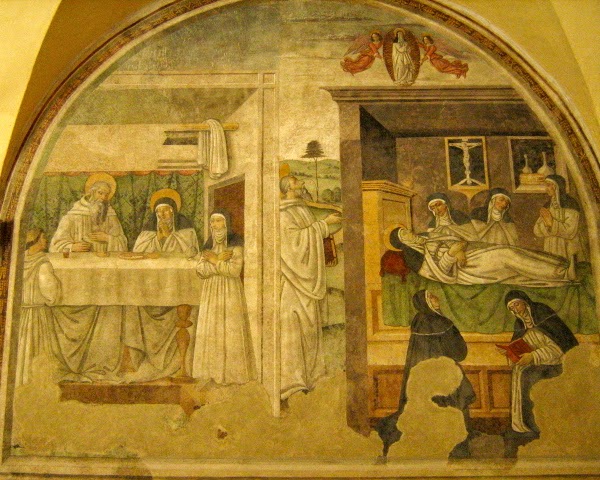 The Museo Civico, which was at one time Sansepolcro's town hall, owns a large and beautiful PdF altarpiece with numerous panels, and one of the artist's greatest masterpieces, The Resurrection (the top photo on this page).

This fresco of the Risen Christ, one foot planted on the edge of his tomb as sleeping guards snore through the entire historic event, is not only my favourite but is widely viewed as a masterpiece of the Renaissance for its dramatic perfection. And, happily for Sansepolcro, as a fresco painted into a wall of the town hall, it has stayed where Piero placed it – unlike so much of his work which is spread around the world.

That includes another very beautiful altarpiece in the spectacular and under-rated National Gallery of Umbria in Perugia.

Speaking of Perugia, the presentation of my novel went extremely well, I thought, because so many of the people who inspired me to write The Virgin and the Griffin were there – and because I didn't screw up my remarks made in Italian. 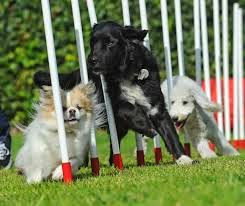 I used those same remarks at a community event a few days later in a different area of Perugia. That event was enormous fun; in part, because the opening act was a fantastic dog agility demonstration. Border collies dominated, although a collie, a terrier mix, and I think German shepherd also leapt in. They were all so excited, wiggling and squirming as they waited their turn to show how they could keep a herd of sheep in order, given a chance. (Dogs not exactly as shown above!)

Hi Sandra,
Great that you did well on your presentation. I love the juxtaposition of agility dogs!

Hope to make a connection with you in Roma.
DMae

This sounds like so much fun. I love the little shrine (of course) and would love to see what it looks like at night when the lights are on. Glad your presentation went well.