The Ancient Seaport of Ostia Antica 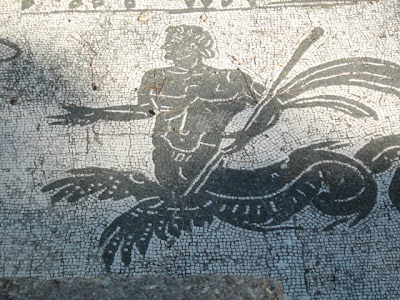 Last week, I took a short commuter train ride back 2,500 years to the stillness of the ancient seaport of Ostia Antica, a remarkable site that is nearly as well preserved as Pompeii, yet within quick and easy reach of Rome.

Less than an hour from Piazza Navona and the Pantheon, I am ambling along Ostia's ancient stone streets that follow the grid pattern of a Roman army camp -- likely imposed when Rome took over the port city in about 400 B.C. 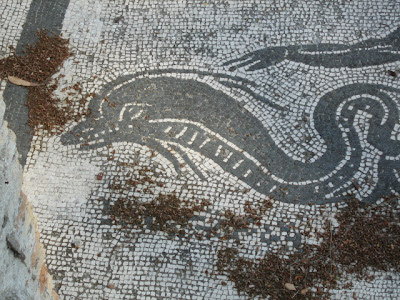 Even then, the city was already a few hundred years old, established at the mouth of the Tiber River by pre-Romans making the most of the precious salt flats nearby. 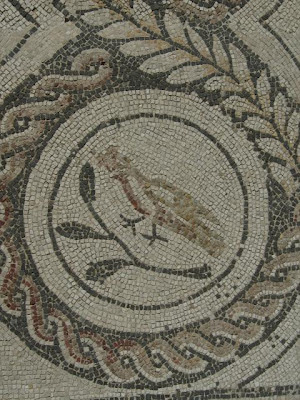 Before its harbour was silted over and commerce died, Ostia was a bustling and prosperous town, crowded by at least 50,000 residents living in stacked apartments. 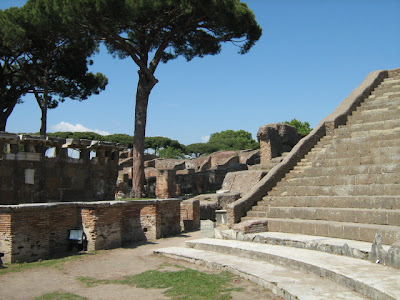 Today, Ostia boasts plenty of evidence of this and more -- every aspect of ancient life is easy to read within the skeletons of the homes, the markets, the temples, and baths that remain.

A large, stone amphitheatre that could seat 4,000 still hosts summer performances, as jets from nearby Leonardo da Vinci airport (better known as Fiumicino) take off and land. 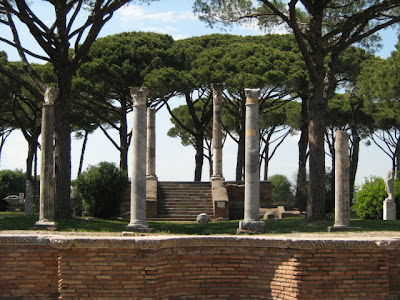 There's a synagogue, and temples abound that once sanctified marriages and births, while the cemetery at the entrance to town is a stern reminder of how we will all reach the same end, eventually. 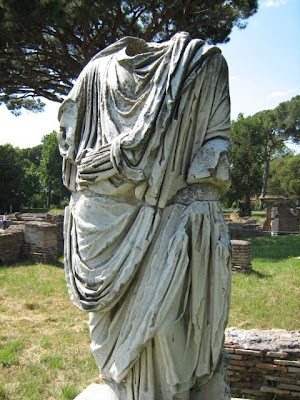 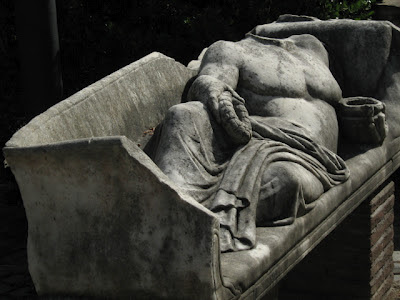 I have always wanted to visit Ostia, but somehow have never found the time. Thanks for posting about this Sandra and including those lovely photos.

Hi Susie, I felt the same which is why I have only -- finally -- gotten out there to visit in the last few days. But it really is so quick and easy to reach, that I know I'll return before long.

Hi Sandra, thanks for sharing your experience visiting Ostia Antica. The background history and photos you took makes me want to visit there. It's amazing how well preserved it is.

Thanks so much for sharing your experiences. I'm really enjoying coming along with you on your explorations in and nearby Rome.

Have a wonderful weekend.

Have a great week!