Should I self-publish my novel? 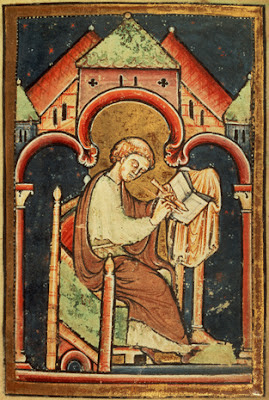 That's the crucial question. Previously, I hadn't thought seriously about this, but recently there has been so much positive feedback about self-publishing from credible sources that I'm really starting to rethink this. Maybe it wouldn't be so foolish, or impossibly difficult ....

But first, a little background.

On my previous blog, I discussed the novel that I completed last year. It's a work of historical fiction set in my favourite Italian city, Perugia, at the beginning of the 16th century when it was a violent, fear-filled city about to be invaded by Pope Julius (the Warrior Pope.)

I had faith in my novel and followed all the right steps of conventional publishing: working and reworking and polishing the manuscript; drafting the right sort of letter to potential literary agents; researching who might be the right style of agent for this work.

I thought that I had a good shot at success: I have always made my living as a professional writer -- as a journalist and speechwriter -- and I did a great deal of research for the novel. 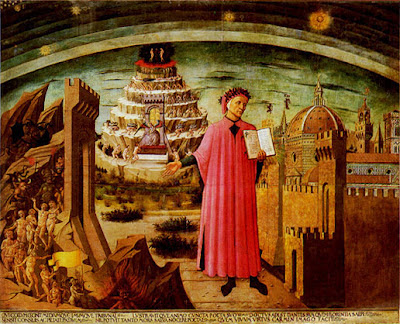 Yet, for the past year, I've received rejection letter after rejection letter from agents. A few asked to read the full manuscript, then said no thanks. It's hard not to take that personally, although I know that these are very tough times in publishing. The odds are against unknown authors.

Very kind friends mentioned self-publishing as an alternative, but I wasn't interested -- I was determined to stick to the conventional course.

My reasons for that weren't always great. Frankly, there was a good deal of ego involved as well as practical considerations. If I had to publish my own book, wasn't that essentially vanity publishing? Or, an admission that no legitimate agency or publisher wanted to represent me? And if I went the self-publishing route, how on earth would I promote myself, get my books into bookstores, reviewed and put before potential readers? It seemed like a lot of hassle for questionable results.

But as I began to rethink this question, I have noticed so much more positive information about self-publishing of two major styles..

For one, there is the self-published, physical, conventional novel of the type that I could show my mother (who has stopped asking when she can see my novel. This is a bit sad, kind of like when she stopped asking if I would give her grandchildren. Sorry, Mom)

But even more intriguing is the idea of self-publishing via e-books. Since my friend Gwen gave me a Kindle just before I moved to Italy last year, I have become addicted and now see the benefits, both as a reader and as an author. 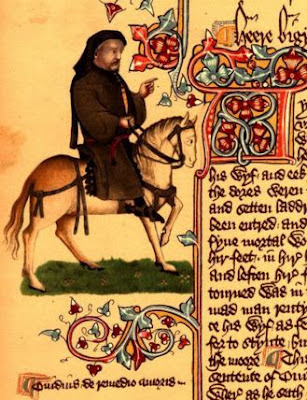 For example, this link was interesting, from Britian's Guardian newspaper about the benefits of self-publishing via e-books. With literally millions of e-readers now out there in the world, particularly in the hands of readers who devour books (as I do), it could be a decent place to start.

There are  many reasons for self-publishing. For some writers, there is an editorial control issue. As a reporter, I'm certainly used to be edited! But what if a publisher insisted that I needed to add some bodice-ripping or S+M to my novel, to jazz it up? That would be hard to take. I could avoid all of that by self-publishing.

Yet, with millions of e-books out there, how would I make mine stand out? How would I promote it? Should I make it inexpensive? If I price it too low to get readers, however, would I look desperate?

So, any advice? Shall I self-publish?
Posted by sandrac at 10:11

Hi Sandra, I am not in the field as you are so I'm afraid I can't give you any professional words of advice.

But as a consumer, I can say that I find it very convenient downloading a book that is available online.

A friend and I were just talking about this yesterday (she is an avid reader) and just got a nook and loves it. She has already read and downloaded several books. As much as I love the feel of a paper book in my hands (and I still buy books), I enjoy reading them on my ipad. The convenience of increasing the font, not worrying about a light source, etc. I think is attracting more consumers. I have paid anywhere from $5 to $30. And I think now with Social Media (facebook, twitter, Google+), promotion opportunities are out there.

I am really looking forward to reading your first novel whether it is on paper or on my iPad.

Have a wonderful Sunday.

I vote YES! Other ST friends have gone this route - Charlie Wood and Diana Baur - in fact, I have Charlie's book on my Kindle now! I'm not sure how people promote their book, but I'm sure you'll find a way! Best of luck.

Hi Sandra, this is an incredible coincidence, I was going to PM you about it, but I'll express my opinion: yes, yes, yes. Yesterday I have had a very interesting conversation with a guest who has published several ebooks and is completely happy with it. Not only that, he actually makes an income of it! It seems that the trend for paper books is down and for ebooks is up. Apparently, if you publish an ebook and it sells, the paper publishers might even make you an offer to buy the rights.
So I'd say, may be it's time to try!

I can't answer whether you should or shouldn't, but whichever route you choose, let me know when it's available, because I'll read it!

I know for myself, I read a lot of free books from Amazon on my Kindle, and if I like them I go looking for more by the same author. I rarely buy printed novels anymore, because I generally don't re-read them, so e-books are perfect.

Lots of authors promote via their own websites, rather than depending on publishers to do all the promotion for them, and there seems to be a lot of cross-promotion between self-published authors too.

Hi Kathy, I have to say that I've also become a complete ebook convert. Of course, now that I'm living in Italy, it's also the most inexpensive and convenient way to buy English language books. But it's also very practical -- as you say, you can adjust the font, there's always enough light, etc.

Thanks for your support, have a great week.

Hi Barb, it's nice to hear from you and thanks for your good wishes.

Ciao Letizia, what an interesting coincidence! It's really great to get the perspective of someone who has experienced this first-hand. And thank you for these great resources, I'm going to look into them today.

Karen, I'll definitely blog about how it's going and when my book is available. I'm interested in what you say about checking out the free books on Amazon; I haven't been doing much of that, but I'm going to do some research on that as I calculate how I should price my novel (if I do go the self-publishing route.)It also means I had better have my second novel ready to go soon after, in case anyone likes my writing and wants more!

I haven't entered the world of ebooks yet but more and more of my friends who read are doing it. And could it be a stepping stone to getting a publisher to take interest? I say go for it!

Hi Sandra: I'm glad you are still pursuing this dream and goal of yours. I have a friend who self-published. If you wish, please private email me and I will get the connection made. She may be a good resource to answer the questions you posed here. Her book was a self-help book; she has done a lot of self promotion and done book signings in book stores, etc. Best of luck!

Thanks Annie! And menehune, thanks for your support and suggestions!

There was a Times Sunday Magazine article several months ago about a 20something author who offered her first e-book for (I think)$1.99 and at first her response was slow. But within a couple of months she was making real money at it and has published several more and had an offer from a traditional publisher. Her subject was/is light reading - vampire love novels - but she developed a following and is a successful writer. I say, go for it!!

Of course! You're a brilliant writer - you'll sell a copy of it to ME! Of course that will just be the start . . .

Thanks Margaret, that's an interesting story -- there seem to be more and more writers getting their work noticed via self-publishing and e-readers. I wonder if this is going to be the new way to attract conventional publishers: building an on-line following first?

Hi Jerry, thank you very much for that vote of confidence (and the advance sale!!)

I'm following this with interest. My husband has a sony reader, I have an iPhone with the kindle app.
I am aware of self-publishing and the need for it in many cases, but hadn't thought about the e-book option.
I think that's brilliant~and hope to find yours as a choice soon!
Good luck~

Thanks, Deb! I appreciate the support.

Coincidentally, right after you posted this question, our local paper (Pittsburgh Post-Gazette) hadan article on this subject. Here's the link to the online article:

Interesting link, Mary -- thanks! It also made me curious about the Jake Sullivan series of detective stories, I might look them up!

I really don't think the rise of ebooks means the death of conventional books; it just adds to the options everyone has.