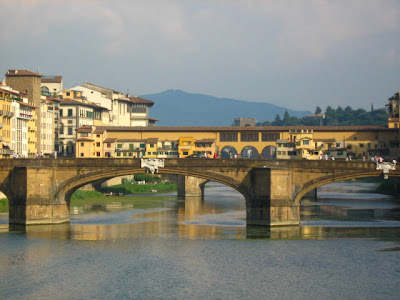 The story of the Mona Lisa is endlessly fascinating.

So much so that archaelogists are continuing to hunt for the remains of the woman who posed for the famous painting by Leonardo da Vinci.

In an earlier post, I blogged about the exploration that's continuing in central Florence, where the real Mona Lisa - Lisa Gherardini Del Giocondo - is believed to have lived, died, and was buried in the 16th century. 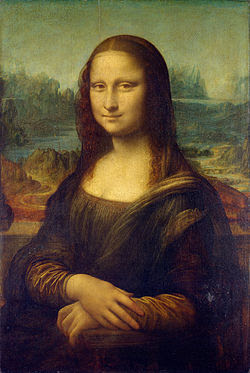 Here's an article that I recently produced for the ANSA news service about the ongoing search.

The latest remains uncovered at a former convent in central Florence don't belong to the Mona Lisa - but she might be just underneath, a researcher says. 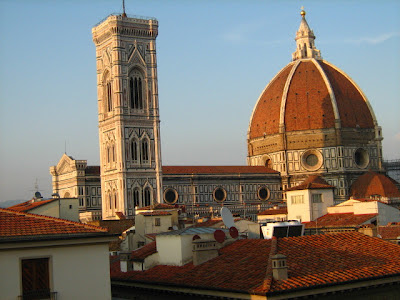 The fourth skeleton found below the former Ursuline convent appears to belong to another noblewoman who may have sat as a model for Leonardo da Vinci when he was painting his famous work.

And that suggests the real Mona Lisa might be buried right below, says Silvano Vinceti, who heads the investigating team looking for the remains of the Mona Lisa.

"The ledgers kept by the nuns of this convent tell us that, presumably, the remains exhumed today are those of Maria Del Riccio, a wealthy woman who (died) in 1609," Vinceti told a news conference.

The method of burial used by nuns during this period - stacking graves one above the other - suggests that the Mona Lisa herself "could be right here" underneath the gave that contained Del Riccio, he said.

For months, Vinceti has led a team working near the altar in the basement of the former convent of St. Ursula, where it's believed Mona Lisa, a Florentine noblewoman, was buried in 1542.

La Gioconda - as the Italians call the Mona Lisa because of the surname of her husband, del Giocondo - is believed to have joined the Ursuline nuns in old age. 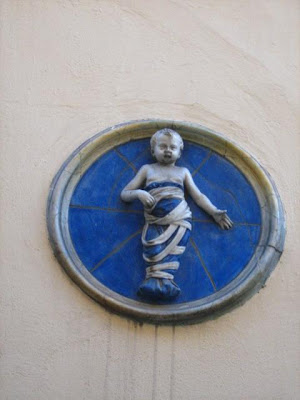 It has frequently been suggested that del Giocondo commissioned Leonardo to paint his Mona Lisa (monna is the standard Italian contraction for madonna, or "my lady,") to mark his wife's pregnancy or the recent birth of their second child in December 1502.

More digging in the site is required, said Vinceti.

Very interesting. The standard Italian and Tuscan spelling would be Monna.

andrewmtrav said...
This comment has been removed by a blog administrator.
20 September 2012 at 13:42

Hi Andrew, excellent point - I've made the fix in the spelling. Thanks!

Hi Sandra, this is a fascinating story and I am looking forward to learning more about who the woman behind the masterpiece.

Thank you so much for sharing your article. It is a wonderful piece.

Have a great weekend.

Hi Kathy, it's a real mystery, isn't it? I wonder if anyone has written a novel speculating on who she was and what was behind that smile?

Very interesting! It's such a fascinating mystery. Keep us posted!

Hi Annie, it really is a mystery, isn't it? I hope the archaeologists make public their findings.