My new neighbourhood in Rome 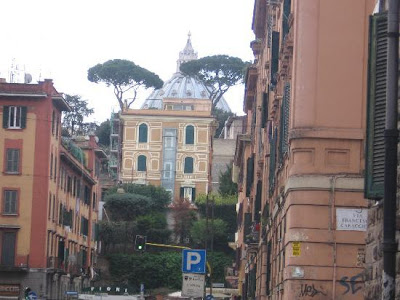 I've found a new apartment here in Rome - unfortunately, far from my present digs in Monti, which is a fantastic neighbourhood that I've grown to love.

Sadly for me, so many other people have also come to love Monti and that has driven rents up too high for my budget.

So, as of Oct. 31 I will be discovering a new part of Rome, north of the Vatican and near the Cipro metro stop. 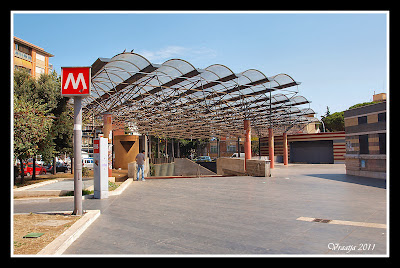 My new 'hood teeters on the edge of the more posh Prati region. It's still considered part of the historic center but really (to my mind) it's on the fringes of the center.  (Of course, for someone living in the suburbs, this would still be considered very central.)

A few things about my new neighbourhood: it's named Trionfale for a Triumphal Arch somewhere nearby that was erected in the days of the ancient Roman Empire. Apparently, victorious Roman generals entered the city after their battles through this Arch.

My apartment is a 10-minute walk from the entrance to the Vatican Museums, which isn't too shabby. Unfortunately, as visitors who have made the long walk around the walls enclosing the Vatican City-State, that means it's likely about a 25-minute walk from my place to Piazza San Pietro! Or, an hour's walk to Piazza Navona. 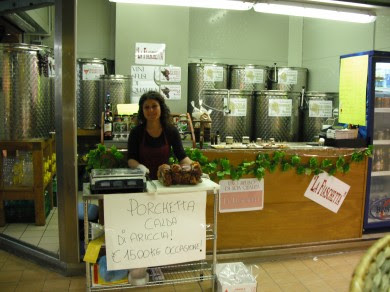 But there are many pluses: it really is a Roman neighbourhood, since not that many visitors venture past the Vatican. And I've been told the Mercato Trionfale, near my apartment, is fantastic. Among its 273 stalls is a porchetta place (I love that roasted pig); and butchers and pizza places as well as plenty of fruits and vegetables. 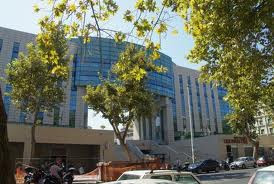 Oh Sandra, this seems like a wonderful area of Rome. Far from the madding crowds, but just a short bus or Metro ride away from everything. I'd say ya done good, girl! lol

Many new places to explore! I'm excited that you are finding a way to stay.
See you in May!

Hi Sandra, your new neighborhood looks and sounds like a wonderful location. And to have a great pizza place nearby is a total bonus. I think it's so cool that you are experiencing so many new places in Rome and I am looking forward to hearing more about your new home.

I also wanted to let you know that I am totally loving your book Sandra. Love the characters and the history. I haven't been able to put it down since page 1....

Have a great weekend.

Sandra, it would appear you are in a food mecca! Mercato Trionfale looks amazing! I know at the moment it must feel like your Trionfale neighborhood is in the hinterland, BUT it is on my Rough Guide Map.

Wishing you the best in your "new" hood!!!

Thanks, Anne, I appreciate your support. I'm feeling a bit down about leaving Monti, but you're right - this will be far from the madding crowds!

Sandi, if you've got time maybe I can show you a new Roman neighbourhood! See you in May!

Kathy, I'm SO glad you're enjoying my novel - your words are music to my ears! I really appreciate you taking the time to give me this feedback.

Thanks, Heidi - perhaps you'll be back in Rome in spring and you can see what the Rough Guide is only hinting at!

Pizza and the Vatican Museum...can it get any better?!

Thanks very much, Annie! I find moving very stressful, but you've reminded me to stay focused on the bigger picture (which includes great pizza!)

Congratulations Sandra! Let us know about the Mercato, 273 stalls! Another new adventure for you, brava.

Thanks very much, Susie. And I'll be sure to post about the mercato,it looks like it should be interesting!

I have read a lot about the pizza there and can tell that you're in for a treat.

As depressing as it must be to leave Monti there must be some excitement at being able to explore a wonderful new neighbourhood!

Hi Jerry - you're right, it is going to be another adventure!