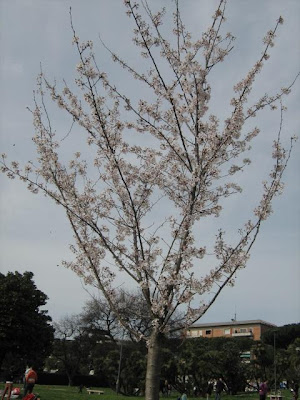 So far, I'm seeing 2013 as my personal annus horribilis, although it is only late March and I have not yet lost all hope of turning things around.

Queen Elizabeth used the phrase in a speech, saying: "1992 is not a year on which I shall look back with undiluted pleasure. In the words of one of my more sympathetic correspondents, it has turned out to be an annus horribilis."

A lot of very unpleasant things happened to the queen that year which led to that quote: several of her children endured very public marital breakdowns, and one of the queen's homes, Windsor Castle, caught fire causing seriously damage.

But I believe I can relate to her misery.

In mid-February, we were told that my 87-year-old mother's lingering stomach problems were due to an aggressive cancerous tumour growing beneath her liver, cutting off its functions. The prognosis? Terminal.

I wanted to rush to see her while I still could - but I was having my own stomach horribilis and for a month, could barely drink water or stand upright.

When that finally settled in early March, I rushed to Alberta. My brother Noel, at the same time, was arranging his flight from his home in the San Francisco Bay area. A few days later, his partner called. Noel's trip was cancelled because he had been diagnosed with liver cancer.

One week later, as we were helping Mom make her final arrangements, my brother died.

Mom is now in hospice care and, having written Noel's obituary, I'm now turning my attention to writing one for my mother. I will have some time to work on it, although the lesson from my brother is not to take time for granted.

I'm preparing for my mother's end and although I returned to Rome from Canada just four days ago, I'm looking into flights to Calgary again. Not a pleasant task.

But spring is arriving, the cherry blossoms are coming out, and I'm praying that there might still be some way to turn around 2013, from this present annus horribilis to an "annus mirabilis": a wonderful year.

BTW, the photos is of a cherry tree in blossom at the EUR park in south Rome.

Oh, Dear Sandra..a heavy burden you've been given of late. My thoughts are with you,I have faith in your courage and hope for 2013 to become annus mirabile.

Dear Sandra,
I'm glad you were able to spend time with your mother, and I'm sure your being together was a very good thing when you learned about your brother.
Stay strong, and know that many people care about you. Our good thoughts and wishes surround you!
Colleen

Oh Sandra; I'm so, so sorry for your loss; and for you having to prepare for your Mum's last days as well.
It is indeed horrible for you.
I'm sure all of us who follow your blog join me in praying for you and your family.
I hope your own health is improving each day.
You are very brave to write about and share your troubles.
Lots of hugs being sent your way.
Shelagh

Sandra, I am so sorry to hear about the loss of your brother, the diagnosis of your mom and of your own health. My heart aches for what you and your family are going through. I will continue to keep you and your family in my thoughts and prayers during this difficult time. Please know that we are all here to support you even though we are a world away.

Such a difficult time Sandra. I'm very glad you've had some time with your mother, and hopefully a little more to come. A close friend's family has had two funerals within 5 weeks already this year - a mother and grandmother - it's too much too close. I hope the universe gives you some big comforts soon xx

I am so so sorry to read about your brother's sudden death. How devastating to have this happen on top of knowing how ill your mom is. I am also glad you were able to be with her when you found out about your brother. Stay strong! My thoughts and prayers are with you.

Thank you, Deb, for your kind comments.

Colleen, I so appreciate your encouragement and the thought of so much support!

Shelagh, the hugs and encouragement mean so much to me - thank you.

Hi Kathy, it's so great to think that even if we are all a world away from one another, our friendships make it seem we're so much closer.

Karen, I hope the universe hears your wishes - here's to better times!

Thanks so much, Susan, I really appreciate your prayers.

Dear Sandra,
I am so sorry for the loss of your brother and your mother's terminal condition. Life can be so difficult. It is clear you are traveling a very rough road. Things will smooth out, but it will be difficult and you will mourn for a long time. Just give yourself time to heal.

My deepest sympathies come to you with many hugs.

Dear Sandra ~ how tragic! I'd been thinking of you, traveling when so ill, to visit your terminally ill mother. At least you would have your family gathered round for strength and support ~ but then your brother falls ill and suddenly dies? What a shock! I'm so sorry Sandra!

I hope your own malady is behind you, as you move forward toward the longer, brighter, warmer days of Spring and Summer... Your heart must be heavy... But I feel that indomitable spirit of yours, that brought you to a new life in a foreign land, will get you through this dark passage in life...

I could not have written anything half as well as Denise, so ditto.

Oh Sandra, my deepest sympathy to you. I know how hard it is to say goodbye to those we love. Thinking of you...Annie

Thanks so much Denise and Kathryn, it does take time to feel the grief and mourn. I'm just thankful that spring has arrived here, which always make life seem more hopeful.

I appreciate your confidence in me, Heidi - life is full of strange twists, isn't it? We will have so much to talk about when you are here in Rome.

Thank you very much, Annie

Sandra, I had my own annus horribilis... I know the pain you are feeling.

Life is precious. Time is the moment. Be kind to yourself and always have hope.

Sandra, I'm so sorry for the loss of your brother and mother. You're in my thoughts and prayers.