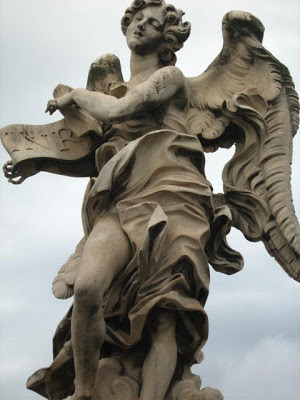 I am now marking my 18-month anniversary of living in Rome, yay! To veterans of living in a foreign land, the number probably sounds insignificant. But since I left Canada with a primarily goal of stretching my money to stay for just three months, reaching 18 is a milestone!

And although no one has asked this of me, I thought I would offer a bit of advice on what I've learned so far.

I have learned to fear and hate the Italian post office. I'm doing my Italian taxes now and it's mind-numbing. I can confirm that it's much cheaper to order coffee standing at the bar than it is being served at a table - but I never stand at the bar because I love sitting in cafes, savouring my cappuccino and drawing out the ritual for as long as possible.  I really enjoy shopping at the mercato and chatting with the (mostly elderly) ladies waiting their turn with the fruit and vegetable vendors.

No surprises there.But on the chance my experiences might be useful for someone else, here are a few other things I've learned.

1. Get Documents
Not everyone can do this, of course, but obtaining an EU passport was the best thing I did to prepare for this move. I thank my lucky stars that my father was born in Ireland which makes me a citizen of that country and therefore entitled to a European passport. Anyone considering a move to Europe would do well to scour the family tree to see if there are any links that would lead to an EU passport.

I'm not sure that I really understood when I got that passport (after much hassle, I might add) just how valuable it would be. It has opened many doors, from giving me access to employment and health care in Italy, to reducing the already overwhelming amount of bureaucracy involved in living here.

2. Make Contacts
The second most valuable step was connecting with people living here in Rome before I arrived. I reached out to people I didn't know, but who were in the same business (journalism). Through a chain of connections, I have become friends with someone at the Italian news agency who has been incredibly kind and helpful, particularly in linking me with work opportunities. It hasn't been easy but Anna Maria has opened doors for me, given me advice on navigating the hellish bureaucracy, introduced me to the right people.

Making contacts is vital before, during, and after a move. Emailing strangers isn't always easy - I know because I'm very shy - but there is an enormous pool of help and generosity out there. 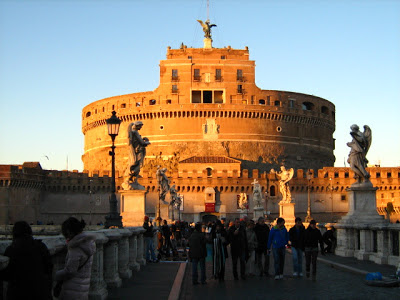 3. Make Personal Connections
It is hard sometimes to practice a foreign language AND doubly hard to meet Italians when you don't speak the language. But a year ago, someone turned me on to a web group Conversation Exchange, which connects people who want to practice new languages with a native speaker also interested in practising new languages.

A bit like online dating, I met several people who weren't a good fit. However, I have also met some wonderful, generous people and made Italian friends (all of whom speak better English than my Italian.) It has given me lots of language practice, insights into life in Italy, and helped ease the inevitable loneliness of living in a foreign country.

4. Middle age is okay
Okay, this one will likely seem very odd, and obviously doesn't apply to everyone who wants to move to Italy (or anywhere else.) But changing one's life and leaping without a net isn't only for 20-somethings. Frankly, I'm not sure I could have made a move to a new country, a new language, a new life when I was much younger than I am now.

Partly, that's because I was SO ambitious for so long.  Everything I did from about age 15 to 50 was in the cause of moving ahead in my career. I still have plenty of personal ambitions, but I think that only now am I able to think about those.

Now, my goals have changed, broadened and softened and this has made room for a wider life. 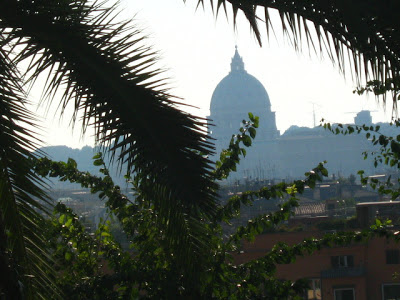 5. Use Courage
I really don't see myself as a courageous person, possibly because I know how hard it is to force myself to do difficult things. But, I have learned not to fear fear. It is always going to be there, but it doesn't mean you have to let fear run your life or contain it to something smaller than you want.

Courage is like a muscle; the more you make yourself exercise it, the more habitual it becomes to use it. Whether it's learning a new skill (and looking foolish in the process) or going to the movies alone or moving to a new job, a new city, a new life - the only way to do it is to accept the fear and then push through it.

6. Accept Loneliness
Just as it's important not to fear being afraid, I think it's really important to not fear loneliness. It is going to happen sometime, somewhere to everyone so you might as well accept it, let it happen, learn to cope. Trust yourself,  and believe that you will be okay. Loneliness will come and go, it won't last forever.

Sandra, this is a great post. I enjoyed each thought and word. There is much learned wisdom in what you say. See you in August.

Fabulous information, love your courage and congratulate you on taking on this challenge and succeeding so very well!
I will see you in Rome in October, once again (this time for my 74th birthday!)

Hi Sandra, I often wonder how your day to day life is going. I wonder if you think in Italian now. You are brave. I'm glad to read that your work connections have worked for you and I'm sure the friends connections will keep growing and push away the loneliness (perhaps he will be tall, dark and handsome too).

Thanks very much, Jane! I hope the trip planning is going well - see you in August!

Debra, it will be great to help you mark your birthday. And thank you for your kind words.

Kathryn, I'm sorry I didn't get to see when I was in Alberta - it was just so hectic. It's nice of you to say that I'm brave; I don't often feel that way, but your support means a lot!

Sometimes money isn't everything and it is worth the extra cost when it allows you to savor life's precious moments.

You are so lucky that you were able to get a European passport as it sounds like it was very helpful. I was surprised that you said that you are shy because you don't strike me that way. You're very sociable, funny, intelligent and interesting and an all around fun person to hang with.

Your tips on making contacts and developing relationships sound like they are really key and it's so great that you have found and developed wonderful relationships and friendship so quickly. Love your comments on middle age is okay and courage. I admire your courage and decision a lot and I wish you all the best that life has to offer. Thank you for sharing your experiences and tips. And I look forward to continuing to follow along on your new life in Rome.

Thank you so much for this post. I would love to be able to move to Italy. You are very brave!

Happy 18th month anniversary!! Wow! Seems like it was just yesterday when you moved to Roma. Great post and advice! I hope you are doing well.

We are so proud to have somehow been a part of your life. We celebrate your anniversary...
let's have a drink in Rome on Thursday!

Hello Kathy, thanks for your generous words. You, too, are wonderful to hang out with - I hope that you can return to Rome sometime so we can get together again. And I think you, too, aren't letting anything stand between you and the adventures that you want to have! (Such as Peru, Spain....)

Thanks, 502, I hope you are able to have lots of visits to Italy even if you can't live here.

It's great to hear from you, Girasoli! It has been too long, I hope you're doing well.

Thanks, Sandi - see you on Thursday!

Sandra - thank you for sharing your life, experiences, and challanges in Italy. Very helpful to us who some day plan on moving there. Very much appreciated.

Hi Linda, it's nice to hear from you! I hope that your plans are going well and you're moving closer to fulfilling your dreams. It can be a challenge to move to Italy but it's worth it!

I've just discovered your blog and will enjoy going back to the first post and reading about your adventure! The tips are wonderful and, though I don't plan to live in Rome anytime soon, I'm trying to arrange my life so that I can spend 3-4 months there a year, and many of your insights will still apply. Thank you for sharing!

Thanks for stopping by, DBG. Good luck with your planning for extended visits to Rome, I hope it all works out for you!

You are such an inspiration - Thankyou

It blows my mind that 18 months has already passed by. Time is flying isn't it? I really enjoyed reading this post and your thoughts about this experience. So glad it worked out for you to stay longer than 3 months!