A luminous exhibition of paintings by Italian artist Titian has been showing here in Rome, at the delightful Scuderie del Quirinale, the former stables of the Italian presidential palace, turned exhibition space.

The paintings range from my favourite, Flora (seen above) which now lives in Florence's Uffizi Gallery, to his late altarpiece, “The Martyrdom of St Lawrence” which has been wonderfully restored for the exhibition. 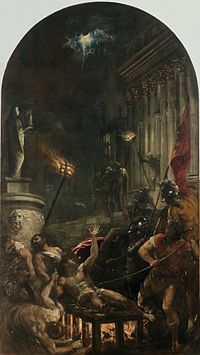 Born as Tiziano Vecelli or Tiziano Vecellio in about 1490, Titian - as he is known in English - lived for about 86 years and became known as one of the most important members of the 16th-century Venetian school.

Unlike many artists, Titian won acclaim during his lifetime. Some sources say he was known by his contemporaries as "The Sun Amidst Small Stars" (a quote from Florentine writer Dante's Paradiso), 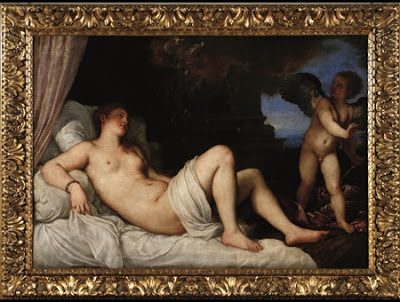 Art historians say that Titian was extremely versatile, equally adept with portraits, landscape backgrounds, and mythological and religious subjects. That versatility is on display at the Scuderie, with canvasses ranging from self portraits to altarpieces to landscapes to rather scary depictions of mythological themes.

The exhibition has been arranged in chronological order and it was interesting to see the changes as his style developed and expanded throughout his lifetime. 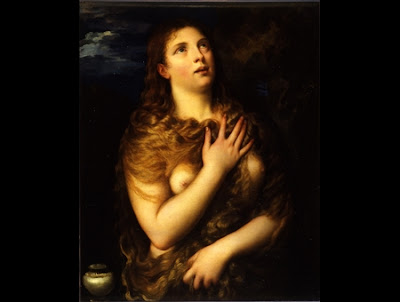 Titian died of a plague that raged through Venice, where he lived almost his entire life and the city most associated with his work. It is said that he is the only plague victim who was ever allowed a church funeral. (I'm sure that my friend Annie, who knows Venice extremely well, could pinpoint his burial site.)

Experts say that his painting methods, particularly in the application and use of color, would exercise a profound influence not only on painters of the Italian Renaissance, but on future generations of Western art. 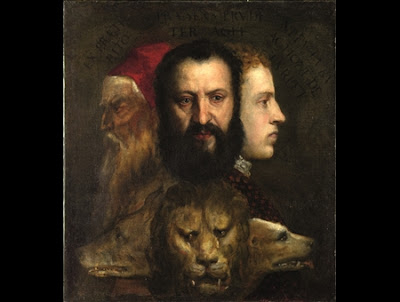 How fortunate for you to be able to see so many of his work in this one exhibit. His paintings are wonderful. And I agree with you, I'm sure that Annie who knows Venice extremely well knows where his burial site is).

Thanks so much for sharing and writing this wonderful post.

Hi Kathy, it's so nice to hear from you! This exhibition helped me to become more of a Titan fan.

He's buried in the Frari! His monument is a rather tacky baroque thing - not crazy about it at all. But I'm glad he's in there with that incredible Assunta he painted.

Sorry it's taken so long to comment - my job was nuts for a few months. Things have calmed down now, thank goodness!