The War in Rome 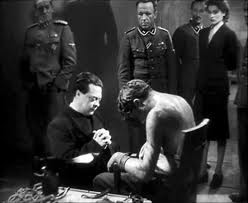 "Courage, my love," reads the message carefully stitched inside the old wool sock given by a grieving family to a loved one held inside Rome's dreaded Gestapo prison located mere steps from the city's historic and magnificent church San Giovanni in Laterano.

Today, Via Tasso 145 is no longer the torture chamber of the Second World War but is instead the nondescript Historical Museum of Liberation - a small collection of artifacts, commemorating mostly Italians but also some Allied soldiers who lived and usually died fighting for Italy's liberation from Hitler's forces.

Rooms are lined with newspaper clippings from clandestine journals of the day and posters warning the populace not to harbour members of Resistance or Jews. Some boast numerous photos or letters by the 2,0000 prisoners who passed through Via Tasso, as well as stories of some of the most famous Resistance members, particularly the heroic Colonel Giuseppe Cordero di Montezemolo. An officer in the Italian Army who organized the Roman resistance, it is said that the Nazi SS interrogated and tortured Montezemolo at Via Tasso for 58 days, but he uttered not a word. 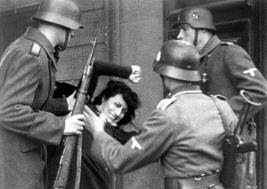 Intensely personal messages can be seen scratched into the windowless cells where prisoners were crammed, including many women who were part of the Resistance. Broken pocket watches showed the hour of seizure, while the personalized sock and articles of blood-stained clothing attest to the purpose of the prison.

The story of the Gestapo crackdown in Rome was immortalized in a brilliant 1945 film by Roberto Rossellini called "Roma: citta aperta" (Rome: Open City.) These photos were all from the deeply moving film which Rossellini conceived of and wrote with a partner while the war still raged around them. 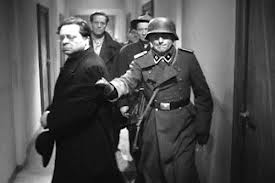 The museum particularly focuses on the nine dark months of the Nazi occupation of Rome - from September 11, 1943 to June 4, 1944 - when the apartments on Via Tasso were used as a prison by the command of the German security police headed by Herbert Kappler.

When it was finally liberated on June 4, 1944, the public raced into the palazzo, freed prisoners and plundered the building, the museum says in its official history. Some displaced people lived there for a time until 1950 when the building's owner, the Ruspoli family, donated four of the apartments to the state.

I would highly recommend a visit but warn that almost all information is in Italian (with a bit in German.)

It sounds well worth visiting. What a chilling time that was.