Ancient Rome on a rainy day 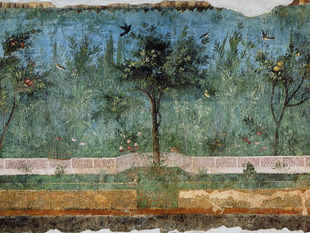 What to do on a rainy Saturday in Rome? Go to a museum, of course. Especially since today is the first day of Italy's Settimana della Cultura -- Culture Week. This being Italy, culture week is actually 9 days long. After all, why not extend a good thing for as long as possible?!

What's great about Culture Week is that entry to almost all national museums, monuments and other important sites is free. This can mean significant savings, for families and for down-at-heel writers like me.

So, off I went today to visit the National Museum of Rome Palazzo Massimo alle Terme. I especially love the frescoes including those in the above photo. These frescoes, which date from the 1st century AD, were taken from the Villa of Livia Drusilla, the third wife of Augustus. 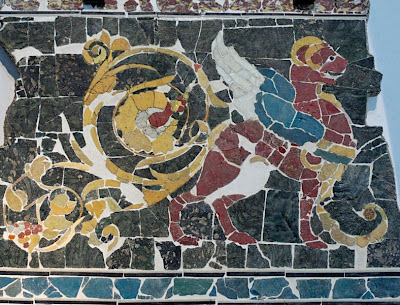 The museum is a virtual treasure trove of  antiquity: from ancient statues to frescos to mosaics that have all been discovered and preserved, to give us a sense of what life was like 2,000 years ago. The museum is  housed in a gorgeous 19th century villa, is spacious, and its exhibits are clearly marked and explained in English as well as Italian (always helpful!) 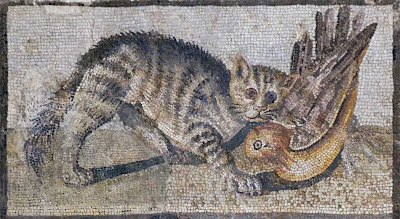 What should I visit next? The Galleria Borghese, the National Gallery of Ancient Art in Palazzo Barberini, or the Doria-Pamphilj gallery?

There has been a bit of controversy here in Rome around this year's event, the 14th that the national government has sponsored. For the first time, some of Rome's most popular attractions will be excluded from Culture Week: visitors will have to pay to see the Colosseum and the Palatine Hill.

The event has always been popular, exposing both Italians and visitors alike to some of the country's national art and archaeological wonders.

The sheer volume of the international treasures to be found in Italy is staggering. As of 2011, Italy was home to the greatest number of UNESCO World Heritage Sites in the world. It boasts 47 sites among the 936 on the list collected by the United Nations Educational, Scientific and Cultural Organization.
Posted by sandrac at 11:30

Hi Sandra, what a great event and the frescoes in the museum are incredible. They look amazing even after all that time has passed. Sounds like a wonderful rainy day in Rome.

Enjoy the rest of Culture week.

Hi Kathy, it was a pretty great day -- I certainly can't complain! Hope all is well with you!