My favourite hidden cafe in Rome 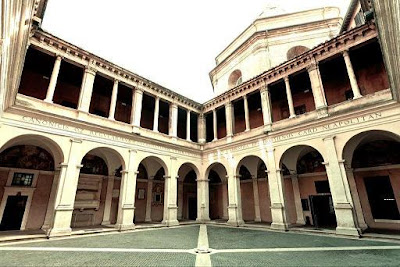 I've talked before about this spot, but it really is a favourite -- so much so, that I recently sold a news article about it to the English-language feature service of Italian news agency ANSA.


Only a short stroll away from the chaos of Rome's Piazza Navona is an oasis of historic beauty, calm, contemplation -- and cappuccino.

The Chiostro del Bramante -- Bramante's Cloister -- once sheltered religious orders living apart from the bustling Renaissance Rome that surrounded them.

Today, its quality cafe, large bookshop, rotating art exhibitions, and air of serenity shelter Romans and guests alike from the bustling modern Rome that surrounds them. 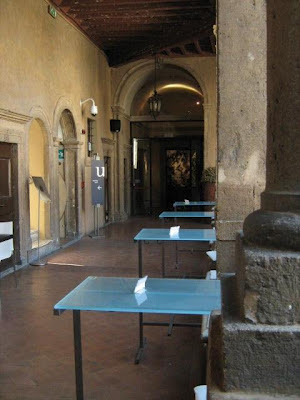 The modern operation is the product of one family's desire to bring an historic Roman structure back to life, by giving it a new reason for existence.

“This was my mother's idea,” explains Laura de Marco, director of the Chiostro complex. “When she saw it for the first time, she immediately understood that this is space....is perfect to organize exhibitions.”

Since 1996, the family has managed the Chiostro as a small enterprise through a single-purpose organization called Dart. The Vatican still owns the Chiostro, which was commissioned in about 1500 by Cardinal Oliviero Carafa and designed by Donato Bramante, a leading Renaissance architect for Pope Julius II and a great rival of Michelangelo. 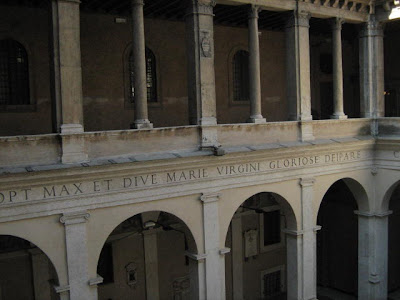 The design of the Chiostro, as was typical during the Renaissance, was inspired by classical architecture, with very few decorative elements applied by Bramante. The common rooms of the original cloister were situated on the ground floor and the living quarters on the first floor.

These areas now host cultural events. And at the base of each large pillar of the open gallery on the first floor are seats once used by the monks and now by the public, as places to sit and read, chat, or relax over a coffee, a cocktail, or a bite to eat from the trendy cafe.

The Chiostro is also attached to the small Renaissance church of Santa Maria della Pace, where in 1514 the master painter Raphael frescoed the Four Sibyls receiving Angelic Instruction above the arch of the Chigi Chapel, commissioned by Agostino Chigi, the papal banker.

Unfortunately, the church is not often open to the public; however, an extra-special feature of the Chiostro is its reading room with a large window that looks directly into the church and onto Raphael's sibyls.

Besides the cafe, bookshop, and reading room on the first floor of the Chiostro, yoga classes are held on the second storey. After all, explains de Marco, the practice of yoga fits with the Chiostro's overall purpose.

“We think that it's important to have a spiritual, meditative connection,” she says.

Still, one of the best known functions of the modern Chiostro is its rotating art exhibitions, which date from its first show in 1997 featuring works of pop artist Andy Warhol (who was featured again in another exhibition a decade later.)

Other exhibitions have featured works from the Spanish architect Antoni Gaudi, representing the modernist movement in the Catalan region; modern photographers; and many Italian painters, including the Venetian masters including Pisanello, Titian, Tintoretto, Tiepolo as well as Italian artists painting at the turn of the nineteenth and twentieth centuries.

The newest exhibition began in mid-March 2012: “Miró! Poetry and Light,” featuring the works of the late Spanish artist Joan Miró. 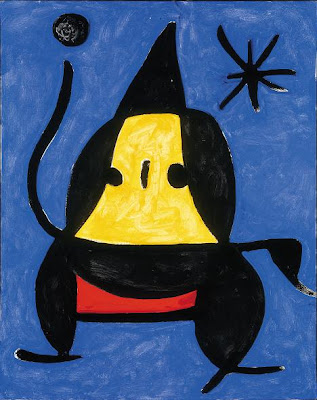 Hi Sandra, great post and it is a wonderful, peaceful place. I'm so thankful that you were kind enough to show it to me. I enjoyed reading about the history and background of the family who now runs it. Art can be made even more beautiful when it is shown in wonderful setting.

Thanks Kathy -- I really enjoyed sharing it with you! I hope we'll do it again.

Love this post! The cafe is on our itinerary for Sunday brunch when we next visit.